Philadelphia, PA - Here in Philly, cheesesteaks are a civic icon, a tourist draw and a cultural obsession. Often imitated around the world, the cheesesteak is rarely duplicated successfully outside of Philadelphia. Here are PhillyBite's and Visit Philly's List of top center city cheesesteak locations.

Campo’s Deli - More famous for its creative menu of hoagies, Campo’s Deli cooks up a respectable traditional cheesesteak, and they ship to other cities all over the country as well. Located just a few blocks from the Liberty Bell and Independence Hall in Historic Philadelphia, it’s the perfect stop for a post-tour meal. 214 Market Street, (215) 923-1000, camposdeli.com 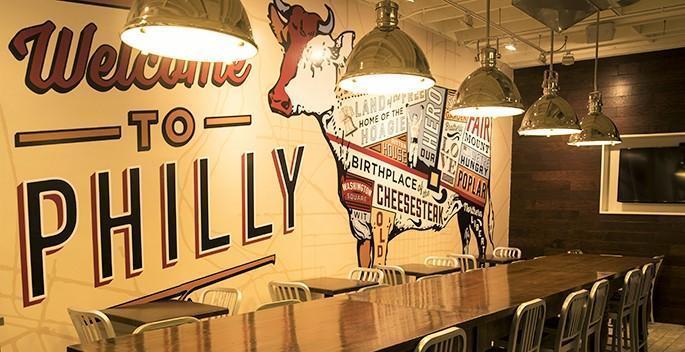 Cheesesteaks get the spotlight at Cleavers, Rittenhouse Square’s ode to the Philly fave. Fillings—whether rib-eye, chicken or veggies—can be consumed via a roll, wrap or bowl, with topping options such as Sriracha aioli, blue cheese dressing, long hots and onion rings. 108 S. 18th Street, (215) 515-3828, cleaversphilly.com

Jake's Sandwich Board BBQ -In a city famous for its sandwiches, Jake’s Sandwich Board adds an element of creativity to its crowd-pleasing dishes. The cheesesteak, for example, is piled with slow-roasted brisket (not the usual rib-eye) and topped with mild provolone and caramelized onion. 122 S. 12th Street, (215) 922-0102; 125 S. 40th Street, (215) 921-9580, jakessandwichboard.com