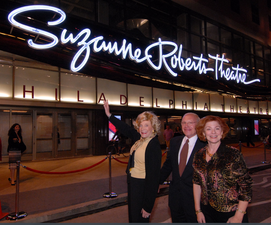 Suzanne RobertsSuzanne was known for her work as an actress, civic educator, children's therapist, broadcaster, and philanthropist. Born in the Philadelphia region, her appreciation of theatre inspired her to pursue the Stanislavski Method of acting at the Tamara Daykarhanova School of the Stage in New York.

A devoted volunteer in several areas, both Roberts and her husband awarded millions of dollars to the arts - particularly theatre and dance. The Suzanne F. Roberts Cultural Development Fund helps support many dance and theater companies in the region, making her one of the arts' most prominent supporters.

Joy Franklin
Food and Event Writer
My joy is aimed at food and foodie lovers. I enjoy covering trends, issues, and all things Philly