Philadelphia, PA - A local Philadelphian resident has a dream for the city he loves.  He wishes to open a new brewery in his Southeast area, called Cartesian Brewing, LLC., where people can savor the flavor of our tri-state area.

Philly All About Beer

Like all things in life, there are many steps along the way to reach a goal that you set out to achieve. In order to reach it, the owner of Cartesian Brewing opened a Kickstarter account, and is looking for aide from people who will enjoy their future brews.  If you do donate to the future of Cartesian Brewing, there are certain additional benefits of doing so; you will be invited to the opening weekend where you can delight in pours from your special gold-rimmed glass, growler, or stainless-steel growler.

There is a buzz surrounding this budding brewery, including some of the microbrews which have already been rated on Untapped.com. And when brought to a private event held at Bartram’s Garden, Cartesian Brewing’s Double IPA version of Homestead was equally well received.

Once the financial goal has been reached and Cartesian Brewing. has a home, they will have a beer offering in each microbrew category, with some of the taps remaining dedicated to their most popular brews.  The remainder of the taps will be transitional based on the seasons and availability of ingredients. 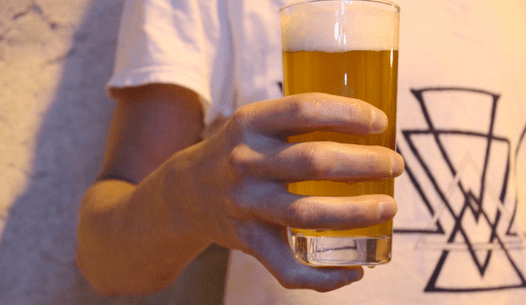 And as for the flavors, Cartesian Brewing will produce at least 50% of their beers using malts and hops from local distributors and farmers—so you can literally taste the flavors of our tri-state region in artisanal beers.

Cartesian Brewing also stated that they will use the Pottstown, PA company called American Keg to buy their kegs from.  “Because we believe in it, we are going to pay the premium to use the only American-made keg because it’s supporting local businesses and local jobs.”

In keeping with supporting local businesses, they also plan to adapt a multi-purpose space where the aim is to use it as a bar, and then when needed, use the same space for canning. In doing this, local mobile trucks can drive into the same space where we eat and drink without any problem or need for an additional fixed space for canning. This is not only leaving a better ‘green thumbprint,’ it is innovative, forward-thinking, and necessary in an area where space is hard to come-by.

All of this is an exciting endeavor, and I hope to watch as it unfolds into reality.  However, they do need our help to make it happen. And the more donations that Cartesian Brewing. receives, the more that they can offer in return.  If you are interested in seeing their company come to fruition, click on the link above for more information, their mission, and to donate to their Kickstarter account.