- Choosing a healthy lifestyle while living or working in the city can be difficult to maintain, especially if you go out to eat at a fast-casual establishment. Thankfully a group of friends who own the California-based company, Hummus Republic, saw a need to elevate the fast-casual dining options. In 2015 they partnered with Global Impact Ventures to expand their business and bring healthier meals to the masses.

On June 1st Hummus Republic opened their doors to their first franchise location outside of the state of California. Upon bringing their authentic Mediterranean meals to the Rittenhouse Square area in Philadelphia, the line of people waiting to taste what they had to offer on their opening day was notable. And once the doors were opened, the inside was packed with hungry customers. 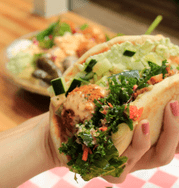 Located in a smaller venue, their food options are presented assembly line style. First choosing Your Style (Pita, Bowl, or a Salad), the staff will then walk you through the options to customize your order. Next, you get to select up to 3 of their Hummus Dips or Spreads, and afterwards moving on to Pick Your Protein, Unlimited Toppings, and ending with their Signature Dressing choices. There are a couple of toppings that incur an additional charge, and if you do, I suggest getting their Dolmades.

I opted to have their salad, starting with spinach as my base, and adding Tzatziki, Zesty Feta Dip, and Eggplant Hummus. For my protein I wanted to try out their Vegan Falafels, and as for my toppings, I indulged in Beets, Chickpeas, feta cheese, and Dolmades.

The Tzatziki from here was delicious, it was creamy with that hint of dill and a more obvious cucumber flavor in it—I would go back just to order that dip. With the Eggplant Hummus, I feel like I tasted a smoky and earthy flavor; it’s a hummus that would go over well for a large group, as it’s flavor was not intrusive to your taste buds but very appetizing. Their Zesty Feta Dip tasted like a combination of tzatziki, a hint of jalapeño peppers, and the naturally salty feta cheese which was mixed in. All three that I ordered would be great on their own, but my favorite was the Tzatziki.

Falafels tend to be too dry when I get them from other places, however I will say that the ones I ate from Hummus Republic were the best ones I have ever had. I was happily surprised to bite into a falafel that was moist and full of a variety of flavor. I could taste a nutty flavor, garlic, and I am pretty sure parsley too. Although the falafel was obviously not creamy, I felt like it had a creamy after-taste. I’m not sure what they did to achieve that, but it pleased my taste buds. 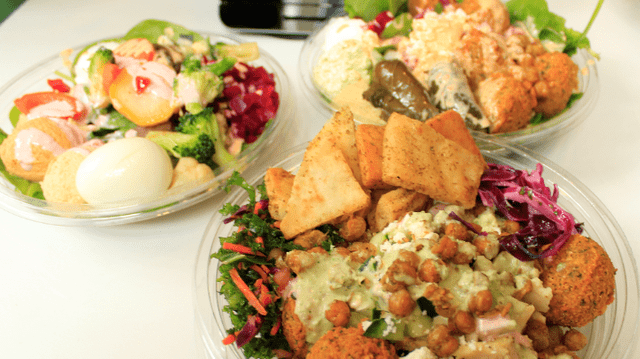 As for the Dolmades, they were exactly as I would have expected them to taste. Packed with rice, the lemon, vinegar, and dill mixed together in a lovely combination. This is a Mediterranean appetizer that I could sit and eat as a meal.

I may have only had a salad, but it was packed full of so many fresh ingredients that were healthy and full of fiber and protein that I felt completely satisfied and very full. For a fast-casual dining establishment, I found Hummus Republic honors what they set out to achieve.

And I look forward to seeing the franchise further expand in our area. I was informed that Ylssi Butbul who owns the new Philadelphia Hummus Republic franchise is looking into two future locations; one off of South Street, and another in University City. 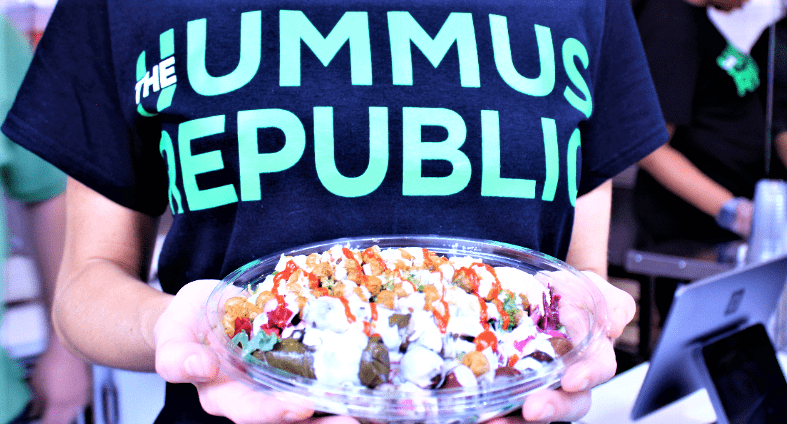