P.J. Whelihan’s Pub and Restaurant - Headquartered only a stone’s throw away from Philadelphia in Haddon Township, New Jersey, is the P.J.W. Restaurant Group, founded in 1983 by Bob Platzer, with the help and support of his wife Donna.

Though Bob’s first restaurant, Platz’s, eventually became the regionally renowned P.J. Whelihan’s Pub and Restaurant, his original commitment to serving great food with good company is something that has never changed. Today the group has expanded tremendously to 18 restaurants located in both Southern New Jersey and Pennsylvania. 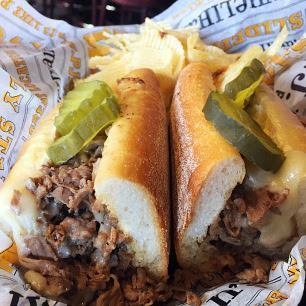 If you’re a sports fan and have a hankering for some Inferno Buffalo Wings, or if you enjoy live music and a home town quality feeling with a frosted pint glass in your hand, P.J. Whelihan’s is your go to. With wall-to-wall flatscreen TV’s, P.J.’s is the best place to catch all the action of your favorite sports teams. They’ve even partnered with the PA based Victory Brewing Company to brew exclusive beers for their restaurants. Specifically, the Copper Lager which has recently celebrated it’s 10th anniversary.

The P.J.W. Copper Lager is a Vienna-Style lager available at all locations of P.J. Whelihan’s in PA and NJ. The Copper Lager made its debut ten years ago in October 2006 with a simultapping of kegs by CEO, Bob Platzer, COO Jim Fris and Victory Brewing Company Co-Founders Ron Barchet and Bill Covaleski.

When introduced, P.J.W. Copper Lager was the 30th most popular beer sold of the 35 beer brands available. Today, the signature brew is second in popularity only to Miller Lite. The signature brew is the same price ($4.00) it was a decade ago and is the first of four Victory and P.J.W. Restaurant Group collaborations. Hoppy White Ale, a full-bodied wheat beer with heavy citrus aromas, debuted at The Pour House restaurants in April 2016. Victory also brewed two limited releases for the restaurant group: Thirtieth Anniversary Ale was brewed in 2013 to celebrate the restaurant group’s milestone and Whelihan’s Wheat, a summer seasonal was found on taps in 2008.

P.J. Clarke’s announces the launch of Philadelphia’s newest women’s social club, The Moon Tree Society. The Moon Tree Society is an organization founded by and for the women of Philadelphia as a forum for social engagement and the exchange of ideas and narratives over drinks of all kinds. The club will meet monthly at P.J. Clarke’s in The Curtis and will feature an assortment of guest speakers, exclusive tastings as well as anecdotes and discussions about drinks of all kinds throughout history.

“We put together a focus group made up of 20 different women between the ages of 29 and 80 and they all said that they were looking for a judgement free place to gather each month where they could share ideas, fun and philanthropy with other women,” said Mary Moon, General Manager of P.J. Clarke’s Philadelphia. “We are so happy that P.J. Clarke’s Philadelphia can be that place.”

The name Moon Tree Society pays homage to both the Washington Square and Society Hill neighborhoods. Washington Square Park is home to the country’s first ever “Moon Tree,” aptly named because its seeds were aboard the Apollo 14 mission in 1971. Though “Moon Tree” seeds were sent off everywhere from the White House to Texas to Brazil and Japan, Philadelphia was the first ever tree to be planted to commemorate the 1976 Bicentennial. The original sycamore tree survived until 2011 when it was replaced with another seedling –this time a clone from the clippings of the original Moon Tree.

Meetings of The Moon Tree Society will be held monthly and the cost for each event will be inclusive of all food, beverages and entertainment. For more information and to reserve your place at the next meeting, please contact Eileen Bowden at This email address is being protected from spambots. You need JavaScript enabled to view it.

As P.J.W says, “Nobody does wings like PJ’s.” To be clear, they aren’t lying. PJ’s is known for their delicious and perfectly cooked buffalo wings. You can even order wings to go! Be sure to check out the Wing-of-the-Month. The signature sauces include Hot-n-Honey, Chipotle Lime BBQ, Garlic Parm, Honey BBQ, Sweet Chili, Kickin-Korean, and your standard Mild and Hot. If you’re really feeling daring, dip into their Inferno sauce. You’ll be sipping your Copper Lager quite frequently to deal with that heat! Speaking of Copper Lager, P.J.W’s Wing of the Month is their Copper Lager XXX Wings. Be sure to get em’ while their hot and keep those wet naps within reach! 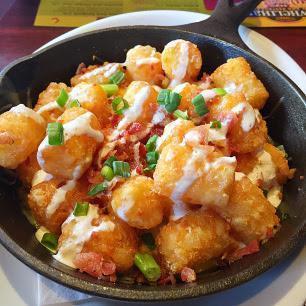 If rip-roaring hot just isn’t your style, PJ’s is also known for their tater tots. These crispy little bundles of greatness are cooked up in two different styles. The Bacon Shock Tots are made with bacon, and doused with jalapeño cheese sauce and creamy chipotle ranch. The Loaded Tater Tots are covered in cheddar jack cheese, bacon, green onion, and PJ’s famous fry sauce, with a dollop of sour cream.

Now on to the nacho situation. PJ’s Loaded House Nachos are something serious. These babies involve tricolor tortilla chips with PJ’s five alarm beef and chorizo chili, baked with cheddar jack cheese, topped with diced tomato, jalapeños, guacamole, and drizzled with sour cream. You can substitute for chicken if the “five alarm” is slightly intimidating. The Cheesesteak Nachos are another to die for option. Crispy tri-color tortilla chips are topped with cheddar jack cheese and american cheese, Philly’s finest shaved steak, and caramelized onions. Truly a perfect snack to devour on football Sunday. 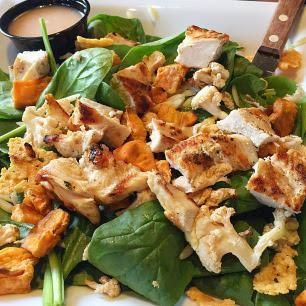 Today you can stop by P.J.’s locations in Pennsylvania like Allentown, Bethlehem, Blue Bell, Downington, Lehighton, Reading, and West Chester. Soon to be restaurants will be opening in Malvern and Oaks. Locations in New Jersey include Cherry Hill, Haddon Township, Maple Shade, Medford Lakes, and Washington Township. Not to forget the various sports arenas such as the Wells Fargo Center and Atlantic City’s Boardwalk Hall. 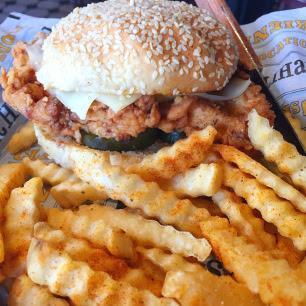 P.J. Whelihan’s Haddon Township was the first to open in New Jersey, back in 1995. Locals and friends keep coming back. On any given day, you’ll find businessmen enjoying a casual lunch, families gathered together for dinner, or friends meeting for late night entertainment. As a family-owned business, they strive to ensure that every guest feels welcome, and always leaves satisfied. You can bet that your favorite team is on one of our 16 HDTVs – and that’s why they were voted #1 South Jersey Sports Barby The Courier Post. Enjoy one of the 36 draft beers on tap during the game and you’ll know why they won Best of South Jersey “Beers on Tap” from South Jersey Magazine.