- Going out for sushi now takes on a new meaning at The Tuna Bar in Old City in Philly. Starting on June 18th, which is also International Sushi Day—Executive Chef and Owner Ken Sze bestows his sushi-making skills to the public.

As a fan of sushi, I dived into the invitation to participate in the inaugural sushi-making class. I have always been curious about how delicate and delectable rolls are made, which was a great opportunity. If you are interested in it, the classes will be held once a month and taught by the Owner and Executive Chef, Ken Sze. 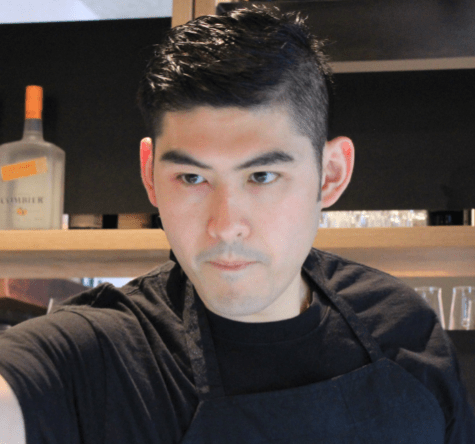 Chef Ken SzeThe small and personable class was a lot of fun and an enriching experience that we all enjoyed. What is even better is you get to take home the mat you used during class, along with a Tuna Bar t-shirt to wear proudly! If you are curious to know what to expect, here is what we had the pleasure to enjoy:

First, Chef Ken Sze explained how to properly filet his sushi-grade fish, during which he also spoke about choosing proper knives. At the same time, demonstrating how to filet the fish, he also showed us how to use the imperative culinary device correctly.

Afterward, we were taught how to correctly make sushi rice, the amount of rice to use per roll, and spread it on the seaweed wraps. There’s a trick to everything that goes into making a sushi roll, including an adage “less is more.” Unfortunately, I didn’t pay enough attention to that tip, and subsequently, the first roll I made had salmon that spilled out the sides.

At each step, we learned another crucial tip. In our next step, we learned that there’s a proper side to apply the rice too; the seaweed has a rough and shiny side, but I will let Chef Sze teach you which one is correct. Then a tip that I missed—twice—was to flip the seaweed, so the roll is rice-side-down. Since I was too overly anxious, I ended up with 2 perfectly edible (but inside-out) rolls before adding the fillings I wanted.

Once you’ve placed the protein and veggies of your choice, that is when you begin to roll. This was a perfect time to interact with your classmates and find humor in doing this for the first time. You’ll quickly learn why there’s even a specific way to make sushi rolls, taking care to not roll the mat into the inner part of the sushi or to use too much pressure. Trust me; this was an amusing part of the class.

After some comedic rolling, we brought our imperfect but lovingly made rolls over to our Chef-turned-teacher so he could guide us on the correct slicing of the roll. And if you have not caught on to the theme here, there is also a technique for slicing them into bite-sized morsels.

Once everyone had completed their creations, we gathered around the table to indulge in our hand-made treats. And while we did, the friendly and smiling servers poured a sake pairing along with two other surprises presented for the table to share.

“If you have a curiosity and an appreciation for sushi, this class is for you. They created sushi Making Class to promote education and experimentation around the art of sushi, technique, tastes, and types of ingredients used in the process,” said Chef Sze. “Cooking has the ability to connect people in a fun, interactive way, and that’s exactly what we want our ‘students’ to take away from their experience at Tuna Bar.”

Chef Ken Sze was correct in that summation. I had a lot of fun taking his class, as did the rest of my fellow students, even building a new friendship amongst the group. I highly recommend taking it with a friend or for a fun date night. If you are interested in attending one of Chef Sze’s classes, you can reserve your spot by visiting eventbrite.com/e/sushi-making-class-tickets-47094667418. Due to the small class sizes, spots are limited and available first-come, first, serve.