Philadelphia, PA - If you’ve ever stepped foot in pretty much any bar along the east coast there’s an extremely high chance you’ve heard of Yuengling before. You know America’s oldest brewery? A beer so iconic in these parts that you don’t even have to ask for it by name, a simple, “I’ll have a Lager” will do.

Philly All About Beer 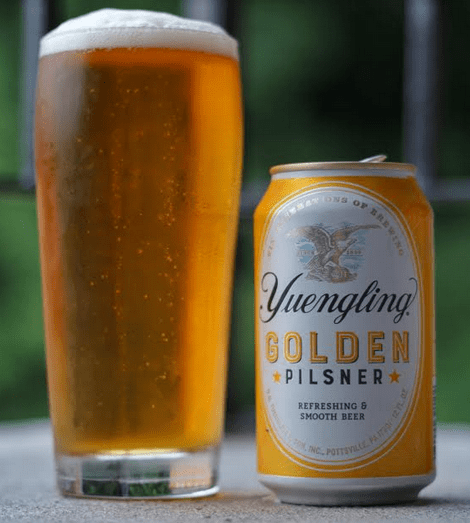 With so much rich history stemming from their Pottsville plant I got the opportunity to take a trip down memory lane with the sixth generation and one of the four Yuengling daughters set to carry on the torch of this family owned business, Debbie Yuengling.

I toured the remnants of the original facility, the hand-built tunnel beneath the current operation where hundreds, if not thousands of wooden barrels were stored during the 1800’s. In this hand dug cave, the beer was stored cold up until the1920’s when federal law mandated alcohol consumption to be prohibited, the barrels were then destroyed, the tunnels barricaded by brick and mortar never to used for beer storage again. Although faced with this minor setback the law eventually was overturned and production began full swing.

“Our rich history and family values is what truly makes Yuengling, Yuengling,” Debbie told me as we sat in the newly refurbished tasting room. “We’re really proud (the sixth generation of daughters) to have been a part in development of the newest edition to the Yuengling line up, the Golden Pilsner, this beer was developed over the course of 18 months and we’re happy to say that you can now find it throughout Pennsylvania.” she said as she smiled.

The new Golden Pilsner is based off the traditional German-styled Pilsner with a Yuengling twist.

For many beer drinkers, (myself included) when they hear Pilsner they think of the typical flavorless beer that you might find at the bottom of the cooler at a family gathering. But with the new Yuengling Golden Pilsner this is not the case, this Pilsner is a rich, flavorful beer perfectly balanced with malt and hops that redefines the American Pilsner on a heroic level. Yes, I said heroic level. For those in the brewing industry a brewery’s quality and aptness can often be judged on their ability to brew a ‘clean’ pilsner. The attention to detail it takes to brew a quality pilsner is not to be over-looked

“We wanted this beer to be easily sessionable but with that rich flavor that we’re known for here at Yuengling.” Debbie told me as I nodded agreeingly, hoping that the empty cup in my hand might see another splash of this delicious golden liquid they generously provided at the end of the tour. I’ve finally found the perfect beer for almost any occasion that’s agreeable for even the snobbiest of beer nerds.

You can find and locate where the Golden Pilsner is stocked and/or schedule a tour for yourself at their website (www.yuengling.com). If you aren’t able to get up to Pottsville to tour their facilities and taste their newest addition the Yuengling line up distribution of their Golden Pilsner has already begun throughout Pennsylvania.