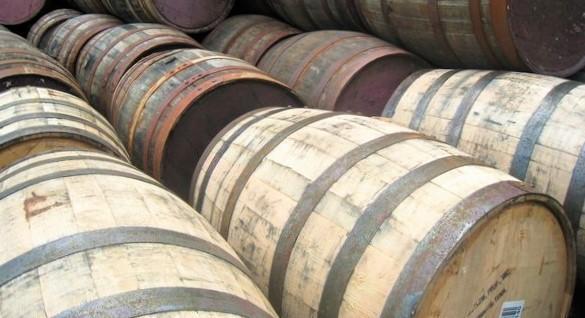 Whiskey 101: Why Do We Age Whiskey

Whiskey and Aging - When whiskey is distilled, it is as colorless as water. In most cases, all of the color and a whole lot of the flavor come from time spent in oak. 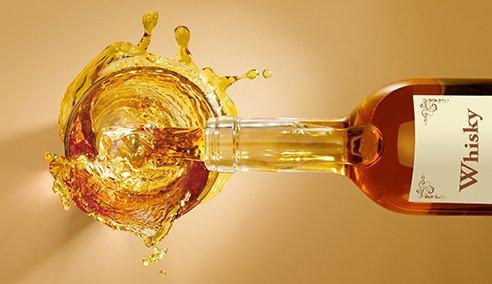 Here's a fact a lot of people don't realize about bourbon; to be called bourbon it has to be aged in new, charred oak barrels. They're only used once for bourbon. So you've got this layer of char in the wood. The barrels are filled and sent to the rick-house. This is an barn like structure, often fairly open to the elements, because you're looking for temperature change. Hot summers and cold winters force the young whiskey in and out of the wood, where it picks up flavor and color.

Those barrels, the ones for bourbon that are only used once - you know what happens to them? A lot of them get shipped to Scotland, where they are used to age Scotch. Scotch is a much more delicate spirit, and new barrels would overwhelm it. Another difference is the time spent. A good bourbon will be 4-6 years old. A very good one might be 8 to 10. There's a few older than 15, but in my opinion they aren't very good. Bourbon seems to peak around 12 years. That's just getting warm for Scotch, where the best ones can go 30 years.

Does it help "smoothness"? Debatable. I think the original distillate plays a bigger role than time in that regard, but as to the overall flavor profile, the aging in very important.

Is it worth the extra money? 'Worth it' is completely relative of course. I've never had a 30 year old Scotch. and that's OK by me. I'm a bourbon guy, and 12 years is perfect to my taste. Another reason I like bourbon, $50 will buy you some excellent bourbon indeed - but you're looking at dropping a C-note easy when you're talking about 18 year old Scotch.

As far as the strength question - the way it was explained to me, water is a smaller molecule than ethanol, so over time, the "angel's share" mentioned in another answer is dis-proportionally water, making the stuff left in the barrel stronger over time. That said, in most cases a bottler will dilute the product with water to take it to 80 proof.

This is not always the case, you can find what's called "barrel strength" specialty bottles. These are often very expensive, hand labeled, with the proof written by hand on the label. It is taken straight from the barrel to the bottle. Booker's is one such Jim Beam specialty label that is barrel strength.