Philadelphia, PA - There is nothing like listening to live jazz music and sipping on a hand crafted cocktail. Saturday, October 8th, Philadelphia’s SOUTH Restaurant: Kitchen & Jazz Parlor  will proudly host: Mandy Harvey in their dynamic series of live performances. Patrons will enjoy hits from her latest album, All of Me, a testament to her undeniable talent and love for music. Harvey, who lost her residual hearing nearly 10 years ago to a connective tissue disorder, stuns audiences as she performs her music with absolute perfect pitch and timing. She will perform two sets, at 8 p.m. and 10 p.m. on Saturday night, with all tickets available here. 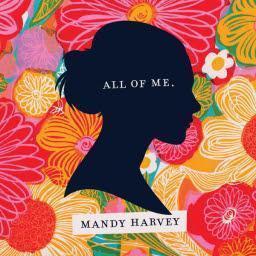 Jazz music is nothing without the stories behind its inspiration and struggle. Harvey was a Vocal Music Education major at Colorado State University when she lost her hearing. Although she pursued other career options, in the end she could not deny her passion for music, and returned to performing less than two years later in 2008. Her college music professor, Cynthia Vaughn introduced her to renowned Jazz Pianist Mark Sloniker at Jay’s Bistro in Fort Collins. In 2009, she released a self-produced album titled Smile to acclaim from jazz critics. Since then, she has performed at Washington, DC’s landmark Kennedy Center for the Performing Arts and earned VSA’s Top Young Soloist Award in 2011. She performs barefoot, to allow herself to feel the rhythm of the music, and is equally sought after as an inspirational speaker, for her unbelievable story, as for her lovely voice and defiant musical talent.

Robert Bynum is a proud curator of the city’s long history of live music. He debuted his newest venue, SOUTH, on North Broad Street late last year. He personally oversees the ever-expanding line-up of performances, held six nights a week.

SOUTH earned immediate critical acclaim when it debuted: Philadelphiamagazine’s Jason Sheehan wrote that, “It’s a restaurant on the verge of greatness – of defining its place in the grand tradition – and I can’t wait to see what it does next.” SOUTH also earned a place on the magazine’s current “50 Best Restaurants” list.

In his warmly positive review, The Philadelphia Inquirer’s Craig LaBan wrote that “the Bynums have shown a new level of culinary ambition... SOUTH draws largely cliché-free inspiration from the heirloom ingredients and modern notions that are energizing Southern kitchens from New Orleans to Charleston and beyond.” In addition to exceptional southern cooking, the restaurant is known for their live jazz performances six nights a week; no other restauranteur in Philadelphia has done more to foster the city’s food-and-music scene.