Philadelphia, PA - Thursday, September 29th 2016 marked one of the greatest culinary events of the year. Philadelphia knows how to throw a festival, but nothing compares to the showcase of talent and amazing performances at FEASTIVAL, hosted by Stephen Starr, Michael Solomonov, and Audrey Claire Taichman, and sponsored by Delaware Valley Audi Dealers, Philadelphia Magazine, PECO, and Sugarhouse Casino. Every September for the past six years, this premier arts festival joined forces with Philadelphia’s world-class restaurants to benefit for FringeArts.

This year’s event consisted of 74 restaurants and bars showcasing their delicious fare, various performers doing their thing throughout the entire space, and of course, a showcase of some of the most gorgeous Audi cars we have ever seen. 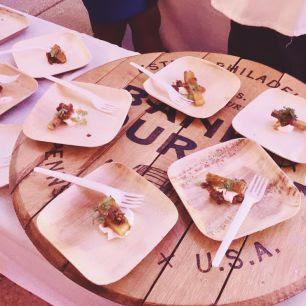 Described as a “completely delicious and amazing” evening and named “one of the best events in the last decade,” FEASTIVAL celebrates both our artistic and culinary scenes – two great economic engines that push Philadelphia forward. FEASTIVAL has been hailed as “the cultural event of the year,” “best party in Philadelphia,” and “a party from a different world”.

Philadelphia’s cultural economy is world-class and nothing represents our dynamic and innovative arts scene better than FringeArts. What might be the best part of the event is that proceeds from Feastival support FringeArts and the Philadelphia Fringe Festival. FringeArts presents the world’s most cutting-edge, high-quality artists, amplifying the vibrancy of Philadelphia as a cultural destination and an unparalleled place to live, work, and visit. 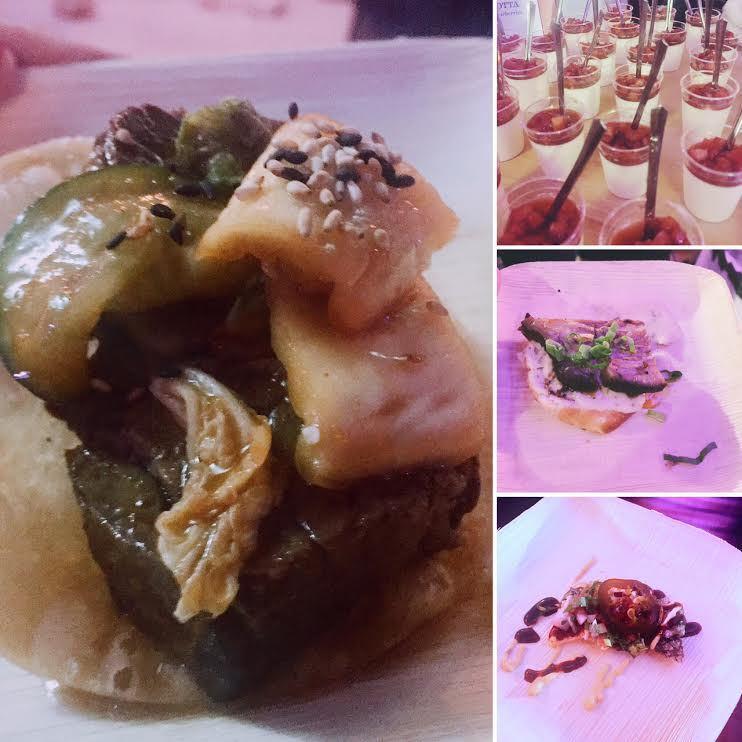 The sheer amount of incredible restaurants in attendence impressive. We were so happy to see some of our favorites — as well as try some new places we either haven’t gotten around to yet, or never even heard of — but are so glad we are now aware of (especially Jezabel’s Cafe). Each dish we tried was was absolutely delicious, however our favorite of the night was World Cafe Live’s “Brisket on a Biscuit.” This music venue serves up some great fare, and let’s just say anything covered in cheese will win us over. That being said we wished we could have returned to almost every table twice, especially for those Federal Donuts Cookies and Cream Donuts...mmmmmm. 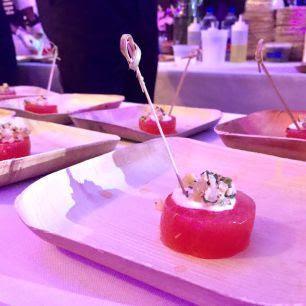 The event space was at the gorgeous La Peg Brasserie building, located right across from Race Street Pier on Columbus Boulevard, under the Ben Franklin Bridge. Spirits stayed high as the evenings weather of pouring rain didn’t deter in the slightest from the event. Attendees were sheltered from the storm under huge tents. Everyone was able to move freely throughout the event, from one space to the next, ogling at performers hanging high from the ceiling, juggling, and standing on their heads.

There was an ice bar, literally made of ice, manned by Chefs Greg Vernick (Vernick Food + Drink) and Peter Serpico (Serpico). There was a fire pit, manned by Chefs Michael Solomonov (Zahav, Abe Fisher, Federal Donuts), Nick Macri (La Divisa Meats), and Brad Spence (Alla Spina and the Vetri Family). There were musical performances by Red 40 and The Last Groovement. There was a silent Auction where you could win items ranging from box seats to a Flyers and Eagles Game, dinner at various restaurants across the city, to a gorgeous Tiffany’s watch. You could win a night at Cook, four nights at a resort in Arizona, or a Supreme Sixers Experience.

Besides the quality of the cuisine, the other aspect we were most impressed by was that even though the event was jam packed, there was NEVER a line for food – something we find very off putting at other events. We just walked up to the various tables, were greeted by someone from the restaurant, and were given a small taste of what they had to offer. 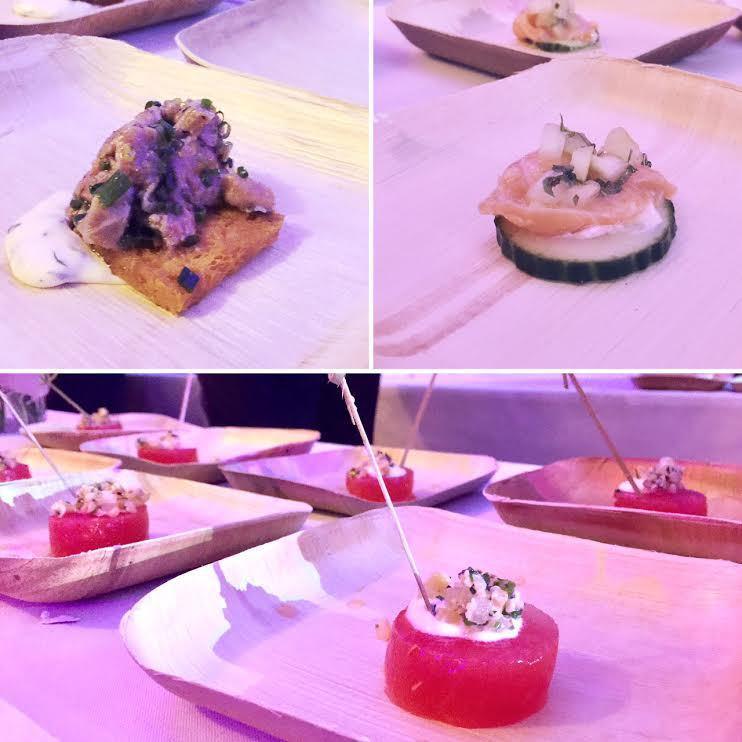 Mahi Ceviche, Salmon Skin Nachos, Watermelon Salads, Empanadas, Stuffed Pig, Salmon Rillettes, Lamb Egg Rolls, Cookies and Cream Donuts, everything you could possibly imagine, we tried. We found the best way to tackle the massive amount of food was to go from one table to the next, down each aisle, until we had tried absolutely everything. When we got thirsty, various bars were set up serving up specials created just for the Feastival. And again, no lines. We were truly blown away, not just by the food and drink, but by how each vendor actually took the time to talk to us, and explain what we were trying. It made such a crowded event seem intimate. While I did get separated from my partner every once in awhile, I didn’t mind, because there was always someone new to talk to, and something new to try.

This surely was the “Cultural Party of the Year”, and we were glad to be a part of it. We absolutely loved the 2016 Audi Philadelphia Feastival, and absolutely cannot wait to attend next year. Each Feastival ticket buyer receives a FringeArts membership for the 2016-2017 season as well as a membership to the 2017 Fringe Festival. For more information and to purchase tickets to all shows, visit http://www.fringearts.com.