The fire began early Wednesday in Bridget Foy's on South Street, the fire broke out around 1:15 a.m. in the basement of Bridget Foy's. Eleven people have been displaced as more than 100 firefighters work to try to stem the flames from spreading to nearby buildings. A Bi-level establishment that offers eclectic American fare plus a bar scene & people-watching from outdoor seats, has been in business since 1978. 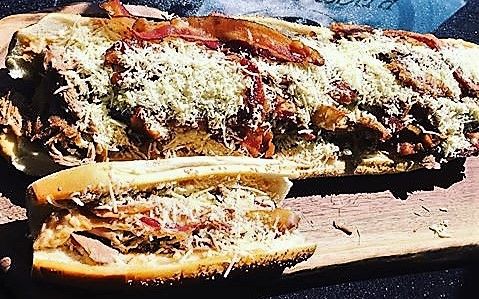