- An extravaganza for the eyes, ears, and yes taste buds was held under the shadow of the magnificent Ben Franklin Bridge Thursday night and what a spectacular show it was. Music and acrobatic performances were happening everywhere you looked. Wine, cocktails, and Food. 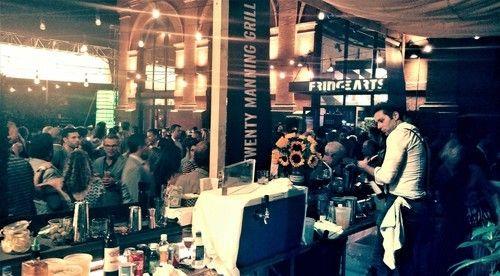 Feastival FringeArtsThe diversity of things to try was seemingly endless. All this to promote the FringeArts with raffles and celebrities at every corner. The food! An array of chefs touted there goods in sample form for all to explore.

A few standouts in my book were as follows: 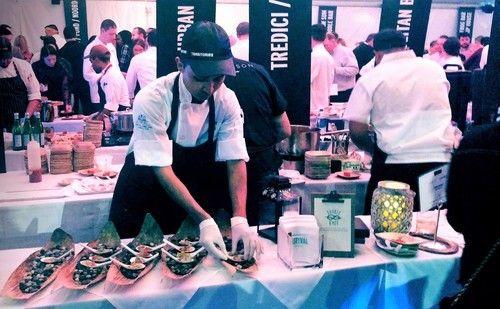 An Array of Chefs

It was a Feastival for funds to raise the Arts in Philadelphia and keep this city apart and above the rest with its culture and class. Well done to all.

FEASTIVAL 2016 Celebrates Philly's Artistic and Culinary Scenes - September 29th 2016 marked one of the greatest culinary events of the year. Philadelphia knows how to throw a festival, but nothing compares to the showcase of talent and amazing performances at FEASTIVAL, hosted by Stephen Starr, Michael Solomonov, and Audrey Claire Taichman, and sponsored by Delaware Valley Audi Dealers, Philadelphia Magazine, PECO, and Rivers Casino Casino. Every September for the past six years, this premier arts festival joined forces with Philadelphia’s world-class restaurants to benefit for FringeArts.