Philadelphia, PA - If you are looking to please your gastronomic taste-buds, then I would suggest you visit Urban Village Brewing Company (https://urbanvillagebrewing.com) located at 1001 N 2nd St, Philadelphia, PA 19123 in Northern Liberties. 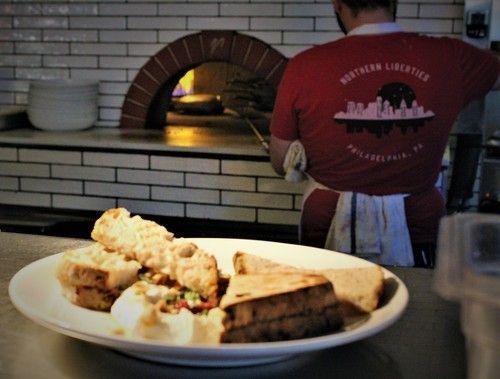 Just walking up to the expansive building, I already felt the energy of positivity and forward-thinking emanating through the building's design.  The artwork on the outside is eye-catching and very unique, and while the exterior peeks your interest, the interior design is equally impressive.  You're surrounded by cheerful decor with floor to ceiling windows, allowing natural light to shine on you and making you feel like you are enjoying the out-doors too. What I found most interesting about the design is the ability to see directly into the glass-encased brewery and watch how the beers are made before being put on tap or canned for purchase. 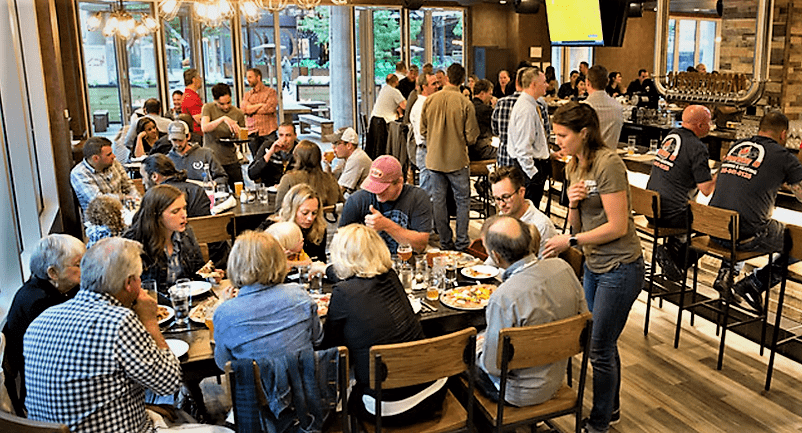 Yes, you heard me. Urban Village Brewing Company's artisanal beers are now available outside of the actual Pub.  And I can say with certainty that what they are offering is a must-have.  Their beer named WRONG WAY is so popular that they couldn't keep it on the shelves.  This 6.4% ABV IPA has a very distinct grapefruit flavor followed by the subtle sweetness of lychee, passion fruit, and melon notes.  If you missed out on buying this in a store, fear not because it is still available on tap at their restaurant.

And look out for their next beer, PAPER TRAIL, that will be available for purchase on March 15th, 2018.  I know that I am looking forward to tasting their IPA and buying some to share with my friends so that they can enjoy it too.

Urban Village Brewing Company's Co-Owner and Head Brewer, Dave Goldman, continually invents new beers to tantalize your taste buds.  And as I sit here enjoying one of their creative libations, LIQUID COURAGE, it tastes like I am drinking dessert in the form of a beer.  LIQUID COURAGE has an ABV of 8.6% and reminds me of banana's foster, enriched with vanilla, caramel, and of course, bananas.

However, that is not the only beer I fell in hoppy love with tonight. I ordered a flight of what was on tap, and unlike other pubs, you can build your own and order; however, many beers you are interested in trying!  My taste buds came alive while sipping on GOBSTOPPER; the 4.6% ABV is sour beer-based, with the light and fruity pomegranate that lingered on my tongue. 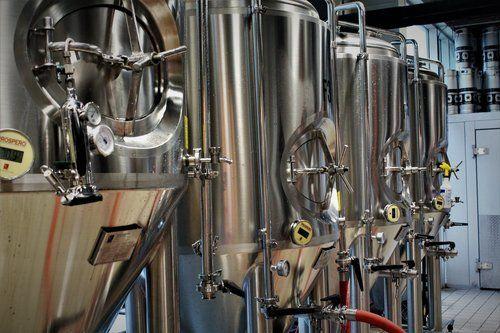 I moved on with my liquid journey and indulged in a rye-based beer, tasting the sharp notes of rye malt and hops which. According to Dave Goldman, “My favorite beer is our RYE BREAD. It brings out the flavor of rye malts and caraway-like you are eating rye bread.”

To finish off my first flight, I tried the 7.0% ABV OATIS, which is an oatmeal stout.  It has a heady taste, almost like you can cut the flavor of it with a knife if that was physically possible.  This beer has solid notes of chocolate and malt, with a slight bitterness that you can continue to taste; almost like eating very dark chocolate of 70% Cacao.  It is a beer for a person who has an acquired taste for libations that are heavy in flavor.

While sipping on my first flight of beers,  the appetizers came: Urban Village's Executive Chef, Chris Davis's take on BRUSSEL SPROUTS.  The ordinarily boring vegetable became mouth-watering, as he incorporated their in-house smoked ham, along with parmesan cheese and garlic aioli artfully drizzled on top.  Each sumptuous bite was full of that smoky flavor, and the garlic aioli adding a nice layer of savory to the dish.  The second appetizer on the table was the BEER FRIES, salted just right and with an irresistible manchego beer cheese and ketchup to dip them in. 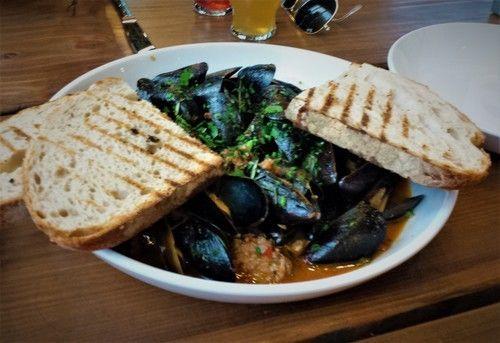 There were two main course stars of tonight's meal: the first was the SPICY RED MUSSELS with house fennel sausage in a roasted tomato & herb sauce.  These were by far the best mussels I have ever had the pleasure to pull out of their shell.  Steamed to perfection and swimming in the roasted tomato and herb sauce, this dish is worth going back for.  The mild heat from the red pepper flakes, the capers add a natural salty flavor, and the house-made fennel sausage complimented the mussels and sauce, making it taste as an Italian mother labored over dinner as a way to show you her love of family.  What also enlivened my palate is the sliced Italian bread which their chef makes from scratch.  Not only was the bread irresistible, dipping it into the sauce was like heaven in my mouth.  I really cannot give this dish enough credit. 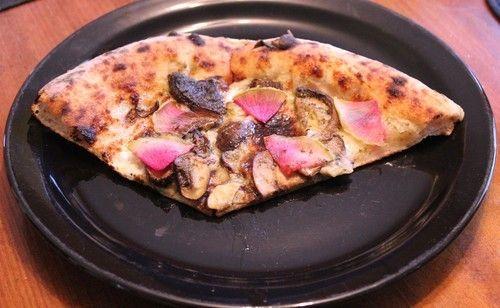 And because pizza is a favorite food that everyone loves, I tried out Urban Village's fire-baked TARA pizza.  This was the other food star of the night; the crust was unbelievably delightful with a softness that you can luxuriate in.  And the combinations of the pickled banana peppers that hit my palate with a kick was calmed by the silky truffle cream adorned with mozzarella and pecorino cheeses.  This pizza was exquisite, and I cannot wait to go back with friends so we can order some of the other creative pies on the menu.

To round out my indulgent night, I was given a preview of one of their micro-brews that will be on-tap in a few days: CHOCOLATE STIKY BUNS, which is an ABV of 8.5% and is an Imperial Stout with strong coffee flavor that is layered with chocolate and cinnamon, just like you would bite into the sticky bun while drinking coffee in the morning; only better, this one is boozy.