Fat Jack’s BBQ: For the love of BBQ (Photo: FatJacks.net)

Some people don’t eat red meat or avoid pork- I on the other hand am a lady who would gladly attack a plate of ribs with BBQ sauce smeared on my cheeks and fingers (sooo classy I know). But I just love the smokey sweet flavors you find in BBQ and I honestly crave it more than most women do cupcakes. So its only natural that for my food blog, Philmytummy.com, I decided to look into finding some great BBQ in Philadelphia.

Where to Eat BBQ in Philadelphia

President of Fat Jack’s and Pitmaster Glenn Gross grew up in Philadelphia and runs the business with his son Kevin. Since Glenn was 11 years old, he insisted on manning the grills at every family BBQ, picnic and get-together that we had. He has traveled all over the world, for both business and pleasure,  eating his way through the “BBQ belt” (Memphis, Kansas city, Texas, The Carolinas), was always his favorite travel itinerary.

After seeing most BBQ restaurants  were “Mom & Pop” operations he came to the realization that there was a need for an outstanding BBQ restaurant chain. He started asking questions and picking the brains of some of the best Pitmasters and BBQ aficionados from all over the country. In some cases he didn’t get too far, because all of their recipes and smoking techniques were closely guarded “secrets.” After several years of R & D, and much trial and error, long hours and countless sleepless nights, he finally came up with the right combination of meats, rubs, spices and sauces, which turned into the recipes that Fat Jack’s still uses to this day.

I wanted to try some of their gut-busting sandwiches which are all served on a Le Bus brioche bun that is buttered and toasted on the flat top. I tried the Spicy Texas Twister sandwich (with everything I love on it spicy BBQ sauce, pickled jalapenos, brisket, pulled pork, pulled chicken, cheese, and sauteed onion) and Memphis Mauler (with brisket and pulled pork on top of a  burger). 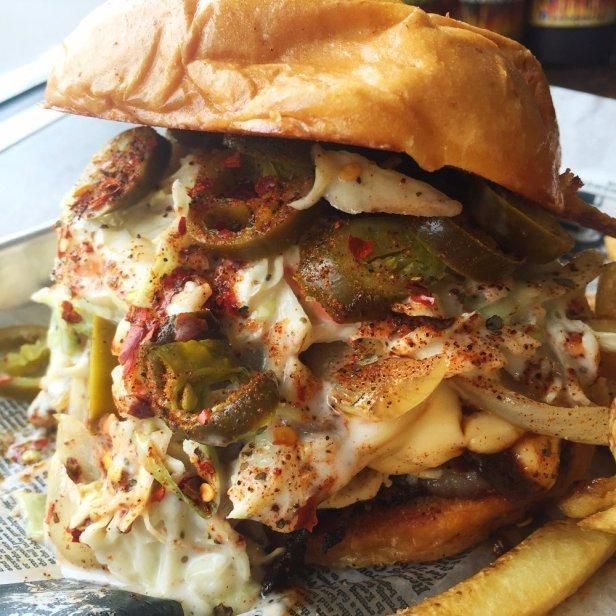 True burger lovers should note they charbroil their 6 oz. Pat La Frieda burger patties on the grill. Burgers are offered with single, double, or triple patties! If you love pork then you MUST try the Notorious P.I.G. boasts a sandwich with crispy bacon, juicy pork belly and pulled pork topped with Cajun maple syrup, slaw and Memphis dry rub. Served with fries and pickles. 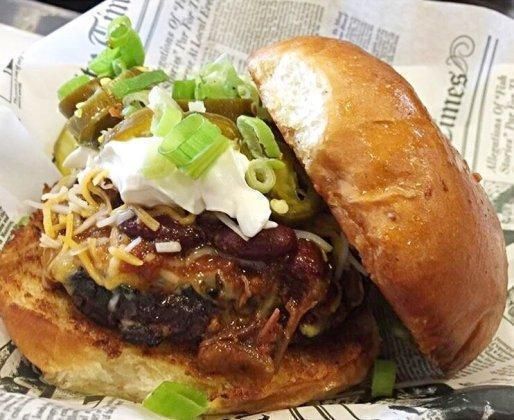 Fat Jack’s serves smoked ribs, butts, briskets, and chickens cooked over real Tennessee hickory wood for up to 18 hours! They use St. Louis cut ribs served wet with sauce, Memphis dry rub, half n’ half, or hawg wild (with sauce and rub)! 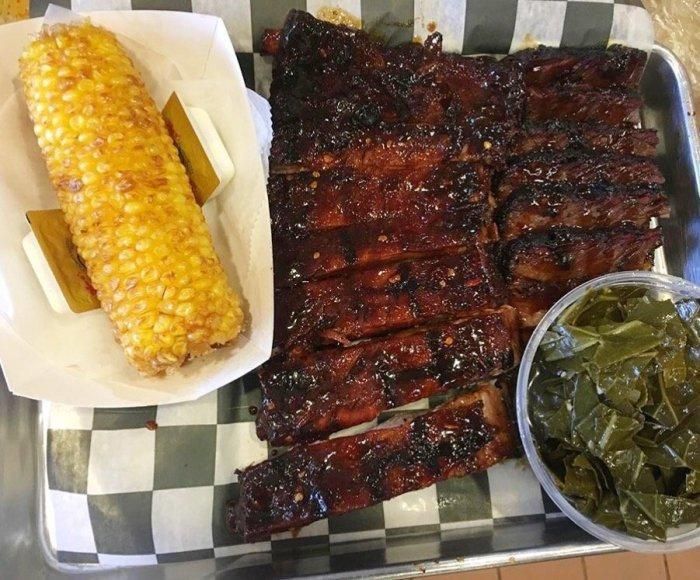 Some of the great side dishes offered include coleslaw, collard greens, and corn on the cob grilled or deep-fried. In the spring and summer, potato salad is also very popular. What about a BBQ Sundae? Its got BBQ beans topped with chopped brisket, hot or mild BBQ sauce, slaw, chopped pickles and dry rub.

They’ve even got Georgia Brunswick Stew which is a real southern favorite, but there is no squirrel or rabbit in this version; just plenty of chicken, brisket, pork, potatoes, tomatoes, and corn seasoned just right!

I was tempted into ordering the Buzzard’s Breath Chili which is award winning and loaded with hickory smoked brisket, beans, tomatoes, onions, jalapenos, and secret spices. You can get their chili loaded on top of a burger or cheese fries too! Fat Jack’s white cheese fry sauce is actually very similar to Chickie & Pete’s. Their Texas Fries are regular fries seasoned.

I struggled to decide which order of fries to try, but settled on the new Brisket Fries (loaded with BBQ sauce, brisket, shredded cheese, and chives) which did not disappoint! As if I hadn’t overloaded on carbs I got a piece of cornbread and side of loaded mashed potatoes (topped with bacon, cheese, chives, sour cream oh my!). 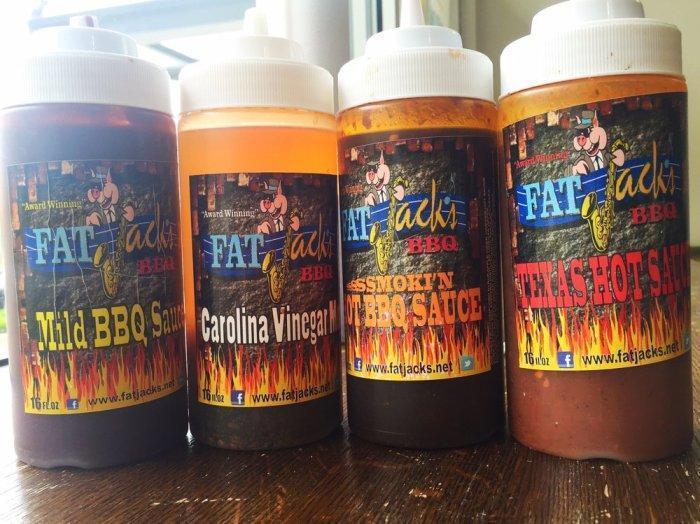 The Brisket Cheesesteak debuted at the 2015 Philadelphia Cheesesteak Festival where 4500 samples were given out to attendees. Festival goers loved it so much that its been added to the menu!

Everything was delicious and the portions hands down beat any other BBQ joint I’ve been to in my life. They also sell by the pound and family packs starting at $52.00. If you live within 5 miles call for free delivery, otherwise catering orders are filled no matter the distance! Live in the Philadelphia area? Check out their nearby locations at 10090 Roosevelt Blvd, Philadelphia and 229 Plaza Blvd
Suite 29 A, Morrisville PA 19067