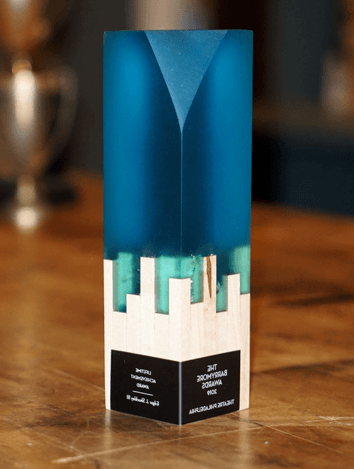 The Barrymore Awards honor local artists as well as regional theatre companies while improving public awareness of the city’s growing theatre community. The Barrymore Awards nominators attended more than 100 plays each year throughout the Philadelphia region. The annual award ceremony is a jubilation of the hard work created on local stages.

“We acknowledged an opportunity for this 25th Ceremony to make sure our trophy - a physical representation of the awards and our theatre community - mirrored our values,” says Leigh Goldenberg, Executive Director of Theatre Philadelphia. “We were fortunate to connect with a local artist to put a hand-crafted, thoughtful spin on what an awards trophy could be.”