Worst Cooks in America - Renowned chefs Anne Burrell and Tyler Florence return to whip a fresh crop of bumbling cooks into culinary shape in a new season of Worst Cooks in America, premiering Sunday, January 7th at 9pm (all times ET/PT) on Food Network. In the ten-episode series that transforms kitchen disasters into skilled cooks. 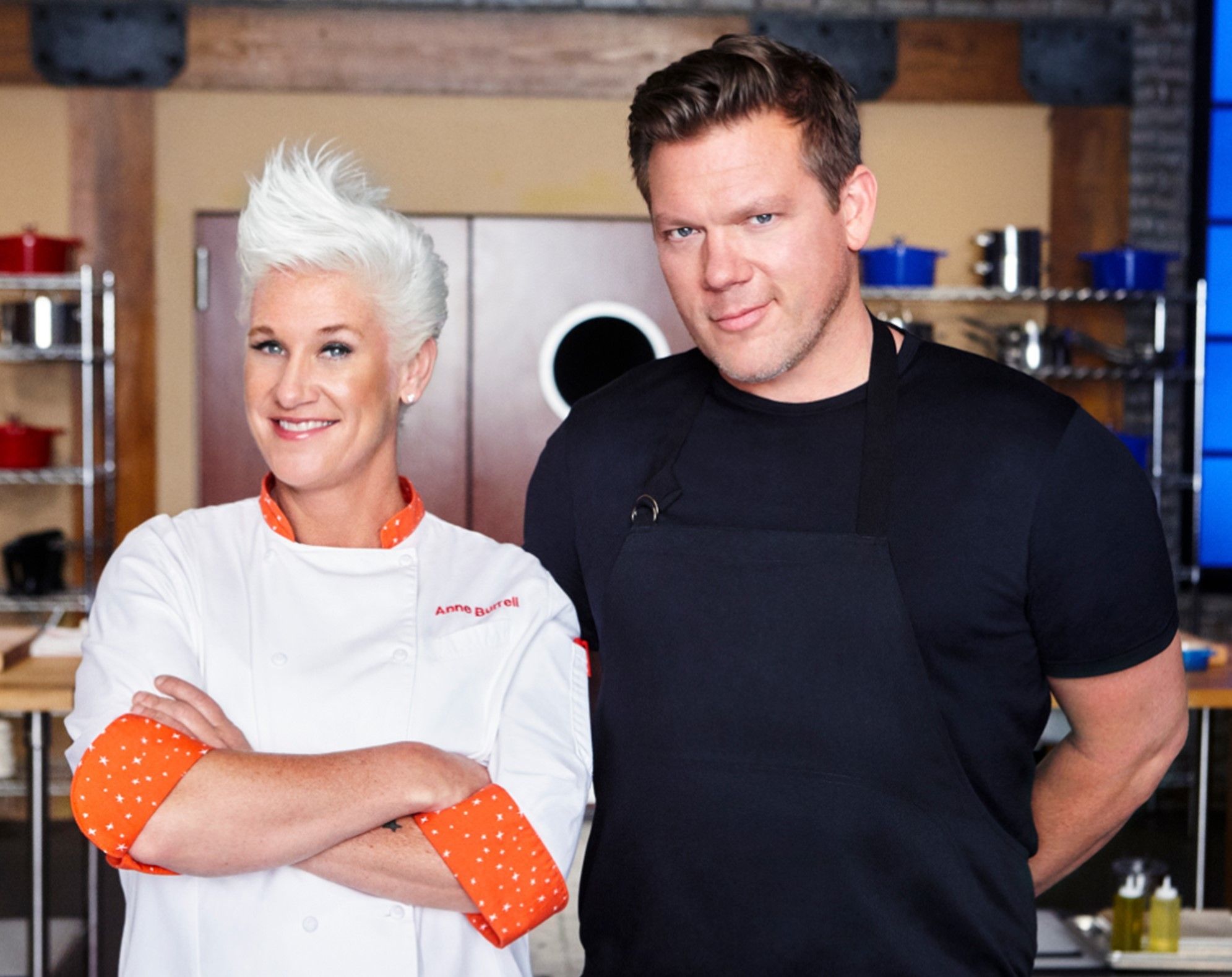 Chefs Anne Burrell and Tyler Florence Anne and Tyler each lead a team of cooking-challenged recruits in an intense culinary boot camp designed to improve their food skills. In the end, only the one contestant who makes the most impressive transformation wins a $25,000 grand prize and bragging rights for their team mentor. "Kicking off the year with a new roster of Worst Cooks has become a Food Network tradition," said Courtney White, Senior Vice President, Programming, Scripps Networks Interactive. "Watching Anne and Tyler turn these kitchen misfits into confident cooks is a fun ride from start to finish."

In the season premiere, sixteen of the country's worst cooks enter boot camp with dreams of putting their kitchen nightmares behind them. Anne and Tyler need to see what they're dealing with, so they have the recruits make their signature dishes – and the results are worse than they could have imagined. For the first main dish challenge, the chefs teach the recruits how to make breakfast, the most important meal of the day. Then Anne and Tyler pick teams, and the two recruits with the least successful breakfast dishes are sent home. Upcoming episodes feature a fun fish market challenge, a round of food trivia game "Family Food," a sweet Valentine's Day challenge and the return of "Remote Control Chef." The season culminates on Sunday, March 11th at 9pm with the two most-improved recruits preparing a three-course, restaurant quality meal for judges Jordan Andino, Michael Chernow and Paulette Goto – and the creator of the best dish wins $25,000 and victory for their mentor.