Suzanne Roberts Theater Review - This Is Not Normal

Philadelphia, PA - Suzanne Roberts Theater's one man show "This Is Not Normal". Mike Daisey, the creator as well as the performer has been hailed as “one of the finest solo performers of his generation” and “the master storyteller“ by the New York Times and I must say, I can not disagree. It was like sitting and talking with your father in law, won’t always see eye to eye, but makes you stop and think. 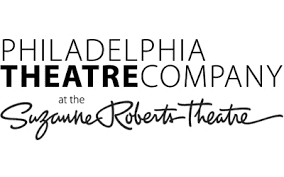 There was a deep connection to the audience where he made you laugh and also made you ponder the political issues that are rampant in our society. With a very basic set, a table and a chair, a simple spotlight shining down...it just works. I found his performance to be an intelligent observation of the state of current events peppered with flashbacks of what lead us to our present situation. A very enlightening and entertaining two hours.

The Philadelphia Theatre Company (PTC) at the Suzanne Roberts Theater is a local theater company that produces, develops and presents entertaining and imaginative contemporary theater that focuses on the American experience. The PTC balances its Philadelphia roots with a national point of view that combines adventure with a dedication to new American plays

Located on the famed Avenue of the Arts in Center City at 480 S. Broad Street, it is surrounded by the buzz of a very lively city. A 15 minute walk from Susanna Foo's SUGA, it is part of the heartbeat of the neighborhood. The theater is a work of art in itself, contemporary and elegant. Founded in 1974, PTC has earned Philadelphia a national reputation as a hub for new development, 140 world and Philadelphia premieres, 180 nominations and 53 awards from the Barrymore Awards for Excellence in Theater, I believe that we are in for some very groundbreaking performances.