60Out Philadelphia: Escape the Titanic in 60 minutes

Philadelphia, PA - 60out Escape Rooms brings Philadelphia a new and exciting adventure, where all the twists and turns to survive the Titanic depends on you and your crew. Help your fellow shipmates as you find clues, complete puzzles, and work together as a team to achieve your goal--save yourselves and the ship passengers from being sunk at sea. 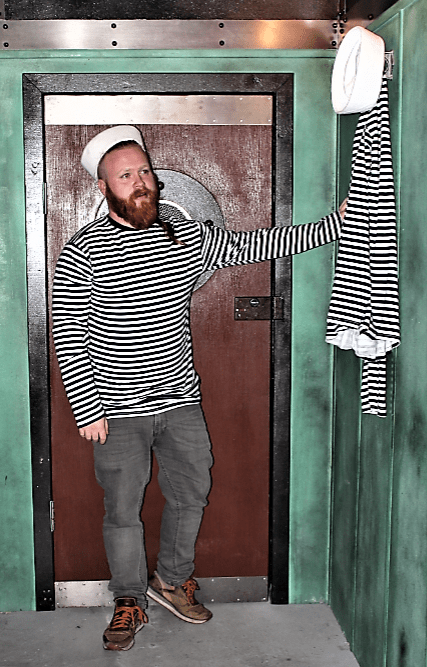 Game Master, Tyler CuppI felt like the adventure had already begun as my “shipmate” and I sought out the building that this brain-teasing thrill is located in. Just below Davio's Restaurant at 111 South 17th Street, we found a hidden gem that is new to the city that you and your crew can enjoy.

While seated on a couch that makes you feel like Jack and Rose, we were prepared for the challenge that waited our arrival. Our Game Master explained to us all the rules and the theme of the room, and afterwards ushered us to where it all began.

Without revealing any clues on how to escape, I can tell you that I have some experience in playing other escape rooms. This one proved more challenging than the ones I have participated in previously, perhaps because we were only a crew of two. I brought along my father, who was completely new to this live-action game. As we worked together to figure out all the clues, the escape room worked it's magic on my father, who didn't think he would have any fun.

Not only did he highly enjoy the 60out Titanic Room as equally as I did, he understood the added bonus of participating in an exciting and intellectually challenging live-action game. And all hands were on deck as you had to listen together, work together, and to figure out what every clue is as a team. And what is even more fun is that each clue begets another one. Leading you deeper into the game, and really making you feel like you're on the Titanic trying to save everyone.

Overhead you can hear noises of the worried passengers, of sounds of the ship as it hits the iceberg, and the clanging noise as a bell sounds off whenever there is a new hint. And all around you are items reminiscent of the theme; so for us we saw a galley hallway, our crew member's bedroom aboard the Titanic, and I will keep the rest to myself...you'll have to go play the game to find out the remainder of this engaging and entertaining game. 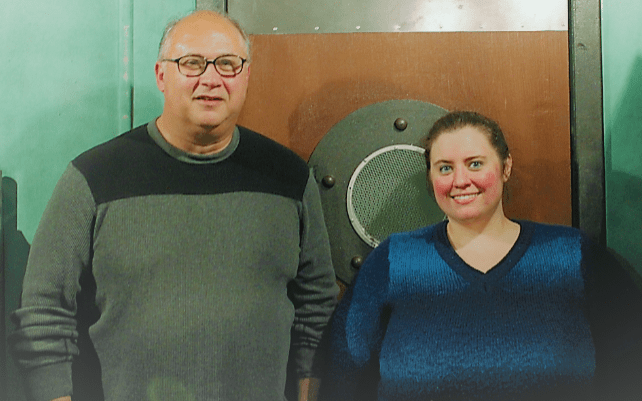 We did escape, with help given to us by our very friendly and personable Game Master, Tyler Cupp who is originally from Scotland. Having Tyler Cupp guiding us added to the authenticity of this escape room theme, because of his brogue accent and because the Titanic was filled with people immigrating from Ireland and Scotland. So having that lovely accent guiding us through our thrilling feat made the experience even more immersive.

If you and your crew would like to have as much fun as we did, you can go online to 60out Escape Rooms and reserve a time to play the live-action game. Or coming very soon to the same location, you can experience what it would be like to live in the world of mobsters and find your way to millions of dollars.