City to Light Up Boathouse Row for Hanukkah, Christmas and Kwanzaa

Philadelphia, PA - The City of Philadelphia announced plans to celebrate for Christmas, Hanukkah and Kwanzaa through public recognition and celebrations on one of the City’s iconic landmarks, Boathouse Row. The Philadelphia Department of Parks and Recreation, Office of the City Representative, and the Mayor’s Office of Public Engagement are joining together to produce these celebrations.

Beginning on Tuesday, December 12th, the City of Philadelphia will celebrate the holiday season by illuminating Boathouse Row in festive colors for the remainder of 2017. In the spirit of inclusiveness and to highlight the diversity of the city, the lights will celebrate Hanukkah, Christmas and Kwanzaa this year.

From December 12th until December 19th, Boathouse Row will be white and blue in honor of the Hanukkah holiday. The design of the lights will once again turn the houses into a menorah. 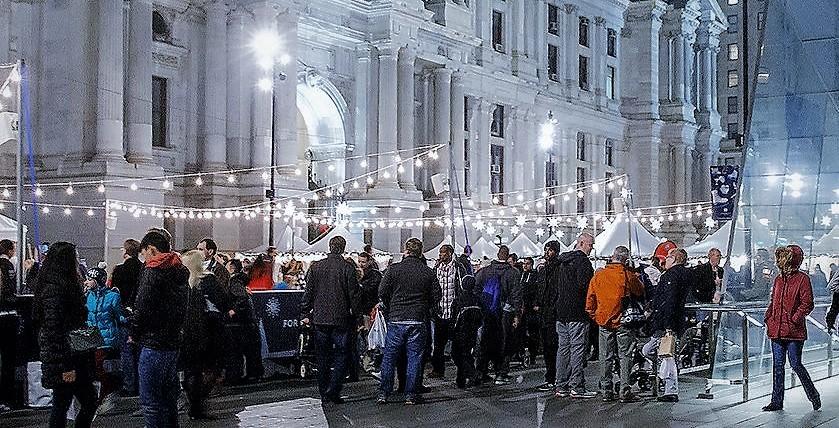 Celebrate Christmas in Philadelphia - From December 20th until December 25th, Boathouse Row will be red, green, silver and gold in honor of the Christmas holiday. At the top of every hour after 6:00 pm, the lights will be programmed to display a 5-minute light show which will be visible from various vantage points including the Fairmount Water Works, the Fish Ladder on MLK Drive and the Spring Garden Street Bridge.

Celebrate Hanukkah in Philadelphia  -The City will host an event with the Jewish Federation of Greater Philadelphia on the first night of Hanukkah, Tuesday, December 12th, at the Fairmount Fish Ladder on Martin Luther King, Jr. (MLK) Drive at 5:30 pm. The festive program will feature traditional prayers and songs, culminating in the illumination of the lights on Boathouse Row at 6:00 pm

- This year, the City joins the Kwanzaa Cooperative to host an event on the first night of Kwanzaa, Tuesday, December 26th, to celebrate the Boathouse Row lights being lit to honor the holiday for the first time. This event will also be held at the Fairmount Fish Ladder on MLK Drive at 5:30 pm. The festive program will feature speakers and entertainment, culminating in the illumination of the lights on Boathouse Row at 6:00 pm.