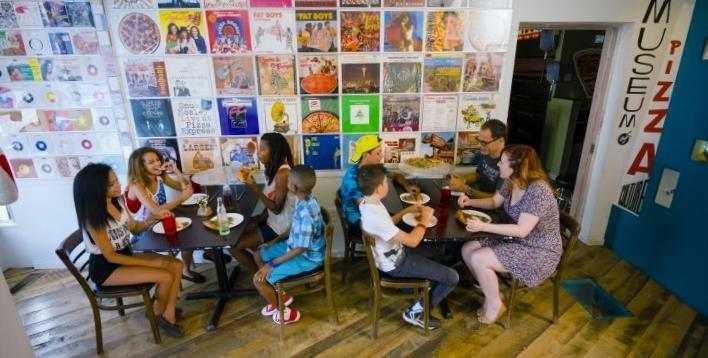 Philadelphia, PA - Just Beneath the surface of the city's historic, hip, eternally proud Philadelphia region, a treasure trove of wacky weirdness emerges. It's here the visitors can satisfy a craving for quirky, nerdy, creepy and otherwise out-there interests such as the country’s most extensive pizza memorabilia collection, the oldest hospital (replete with surgical amphitheater), a picnic-friendly urban cemetery, the oldest ginkgo tree and only brick-and-mortar homage to the one and only Philadelphia Mummers, to name a few. Here’s a look at some of the all-American city’s wonderfully odd attractions.