Philadelphia, PA - The Phillies have announced that Darren "Dutch" Daulton passed away today at the age of 55 after a four-year battle with brain cancer. 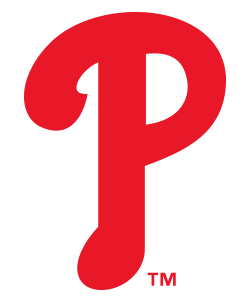 Born on January 3, 1962, Daulton attended Arkansas City (KS) High School. He was selected in the 25th round - the 628th overall selection - of the 1980 June draft by the Phillies. He developed into a three-time All-Star who played 14 seasons with the Phillies (1983; 1985-97), the longest tenure for a catcher in franchise history. Known throughout baseball as one of the game's toughest players, Daulton made 143 starts at catcher in 1993, which was the most in Phillies history and tied for the most by any catcher that season. The Phillies won the National League pennant that year with Daulton's leadership playing a significant role.

Daulton was traded to the Florida Marlins on July 21, 1997, where he would spend the final two and a half months of his playing career. The Marlins would go on to win the World Series that year and manager Jim Leyland credited Daulton's clubhouse leadership as an important factor.

Daulton received the Players Choice Comeback Player of the Year Award (1997)
and the Sporting News Comeback Player of the Year Award (1997). He was inducted into the Reading Baseball Hall of Fame (1997). He was also selected as the starting catcher on the All-Vet Team (2003) and was inducted into the Phillies Wall of Fame (2010).

"Darren was a true leader of men. The Phillies would not have gone to the 1993 World Series without his leadership," said Phillies Chairman Emeritus Bill Giles. "In addition to being an outstanding clubhouse leader, he was also a fighter. He battled through five knee operations to become an All-Star. I really enjoyed watching him for 14 years in uniform. Darren was a super human being. His teammates loved him, I loved him like he was one of my own. In fact, he called me 'Uncle Bill.'"

"All of us at the Phillies are saddened to hear of Darren's passing. From the day that we drafted him until today, he constantly earned our respect and admiration as both a player and person," said Phillies Chairman David Montgomery. "Darren was the face of our franchise in the early 1990's. Jim Fregosi asked so much of him as catcher, clean-up hitter and team leader. He responded to all three challenges. One of my toughest decisions as team president was to approve his trade to the Marlins in July of 1997. Our thoughts and prayers go out to his wife, Amanda, his parents, his brother and his four children. Dutch was truly "one of a kind" and we will dearly miss him."

Throughout most of his adult life, Darren resided in Clearwater, Fla. Starting in 2010, he spent the season in Philadelphia hosting a radio show on 97.5 The Fanatic, "Talking Baseball with Dutch," five days a week. On July 1, 2013, he underwent surgery for resection of two brain tumors related to glioblastoma at Thomas Jefferson University Hospital. It didn't deter Dutch, who proclaimed, "Right on; Fight on," typical of his toughness.

He established the Darren Daulton Foundation in 2011. In 2013, the foundation's mission shifted to raise funds for brain cancer which claimed the lives of other Phillies including Johnny Oates, Ken Brett, Tug McGraw and John Vukovich.

"Dutch" is one of the most beloved players to ever wear a Phillies uniform. He is survived by his parents Carol and Dave of Arkansas City, Kansas; one brother, Dave Jr.; of Arkansas City, Kansas; his wife Amanda of Clearwater; and his four children Zachary (27), Summer (17), Savannah (16), Darren Jr. (15), all of whom reside in the Clearwater area.

Funeral services for Darren will be private. In lieu of flowers, donations can be made to the Darren Daulton Foundation Foundation, 1339 Chestnut Street, Suite 500, Philadelphia, PA 19107.