- Offseason NFL analysis can be overdone. Naturally, America’s favorite sport has a place in media 365 days a year, but the instant analyses and “way-too-early” takes that forecast one season as soon as another one ends typically wind up being unnecessary. Right about now though, with the summer beginning, the draft well behind us, and training camp approaching, it feels like a good time to peek in on the NFL. Specifically, we’re taking a look at the outlook for the NFC East.

For those who have left football behind and latched onto the recent NBA and NHL playoff drama, or jumped into the summer marathon of the MLB, it’s worth dedicating a few words to a quick reminder of how things shook out last season. The Eagles had a good shot at a division title, but ultimately fell just short behind a Cowboys team that won the division for the second time in three seasons. The Eagles finished second, the Redskins a somewhat irrelevant third, and the Giants were stuck in the basement. The 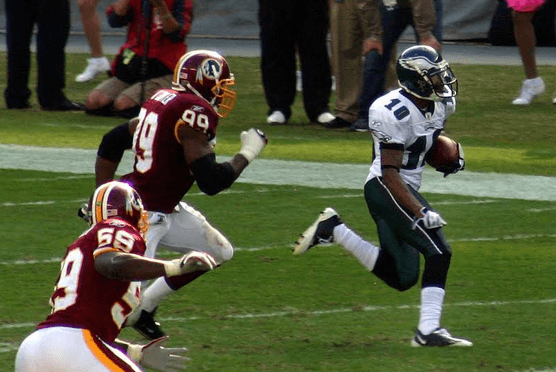 NFC East OutlookAfter last season and the Cowboys’ overall strength of late, one might have expected the typically-conservative oddsmakers to pencil Dallas in as the likely NFC East winner for 2019 as well. However, it seems the bookmakers have other ideas. Early odds for the NFL are pegging the Eagles as favorites, with the Cowboys, Redskins, and Giants having the next best odds at the division, in that order. It’s fairly close, which is to say the Eagles won’t be overwhelming division favorites - but they will be expected to come out on top, at least at the outset of the season (barring any dramatic events between now and then).

The NFC East hasn’t seen any true blockbuster free agent signings for trades, but there are a few newcomers of note. For the Eagles, the name that comes to mind is RB Jordan Howard, the one-time Chicago star who will look to provide some consistency in the backfield in Philadelphia. DeSean Jackson will be back in the fold as well, but it’s anybody’s guess what the aging WR will have left for Philadelphia. Elsewhere, Golden Tate is the biggest addition, so to speak, given that he’s moved to the Giants - where he’ll undoubtedly have his moments, but is also unlikely to replace the production of Cleveland-bound Odell Beckham, Jr. The Cowboys, meanwhile, will be hoping for a resurgence from new WR Randall Cobb opposite Amari Cooper. On the defensive side of things, Washington S Landon Collins may have been the division’s biggest addition - he should help the Redskins’ secondary, but he was also, arguably, overpaid in free agency.

A division’s worth of draft picks is bound to produce some meaningful depth for the years to come, and we’ll learn in time which players were the most valuable ones picked. From day one though, the NFC East is going to be defined in particular by two rookies: QBs Daniel Jones and Dwayne Haskins, selected by the Giants and Redskins, respectively. The Jones pick (sixth overall) was widely mocked on draft night, but since then the narrative has been positive for the Duke product. Haskins, meanwhile, was viewed as perhaps the draft’s biggest QB talent beyond number one pick Kyler Murray, and will presumably start for Washington. If either of these quarterbacks can star early, he could put his team in the mix in the division. All things considered, the division outlook doesn’t look dramatically altered. If Haskins in particular can get off to a good start though, and if the Giants’ rebuild jumps ahead of schedule, we could see pretty tight standings - even if the Eagles are justifiably favored to end up on top.