Wilmington, Delaware - Recently I had the opportunity to celebrate our reigning championship team during one of the Eagles pre-season games.I attended the first Bud Light Lombardi Party hosted at Kelly’s Logan House in Wilmington, Delaware. The start time was at 6 pm, however anxious fans began to line up at 5:30 pm—so the photographic fun began a little early!

Happening every Thursday during the pre-season, you can attend a Bud Light Lombardi Party and take a photograph with the player’s replica of the Philadelphia Eagles Vince Lombardi Super Bowl Trophy, an Eagles Superbowl helmet, and the World Series Commissioner’s Trophy.

Groups of Philadelphia Eagles fans lined up, some taking fun photos—like those who chose to kiss the trophy, others were in awe of the honor to stand next to the trophy. Even knowing that it was a replica, the honor to pose with the player’s trophy and show their #PhillyPhilly pride was evident. 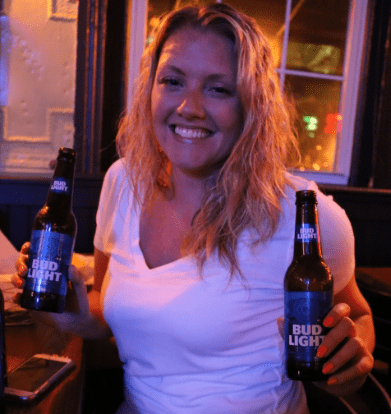 It was so important to some of the attendees that they went to great lengths to include everyone. Like one man who brought cut-outs of his brother’s faces to pose with him and the trophies. He kept his promise to his brothers because they couldn’t be there themselves.

Later on, another man in a wheelchair didn’t want to miss out on his opportunity to pose with Vince Lombardi Super Bowl Trophy, nor did the Bud Light representatives and the representatives for The Trauma Survivors Foundation, so they brought the trophies and Eagles helmet outside for him. Now that is some fan dedication—it was a scorching day out.

Once back inside, there was another line of eager attendees waiting to take a photograph. However, the time was not spent just waiting; they had purchased a lottery ticket for their chance to win two tickets to the up-coming Eagles vs Falcons game. The lucky night's winner was Jill Schroeder, who insisted that I let everyone know she is a Cowboys fan. However, I think we turn her into an Eagles fan by extending some of our famous Brotherly Love.

As Jill endured some friendly teasing (care of her friends who were all Eagles fans), she and everyone else in Kelly’s Logan House were watching as the Eagles played against the Patriots. 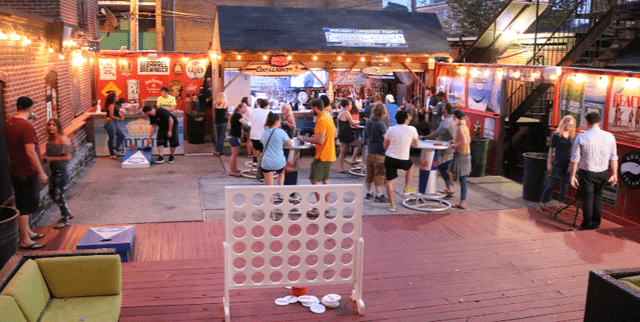 We were surrounded by energetic fans, eager to see their team make it into the end zone and score some points. Moreover, whenever they had the chance, many of the fans went upstairs for their turn to take a Lombardi Party picture.

Aside from enjoying a fun night out, there were also Eagles memorabilia being handed out by the Bud Light Girls, food and drink specials, and other raffles. As for the memorable moment captured for all to see, you will be aiding in a great cause—100% of the proceeds of the ticket sales benefit The Trauma Survivors Foundation.

For more information or to purchase tickets to attend the Bud Light Lombardi Party, you can go to https://www.thetraumasurvivorsfoundation.com/lombardi-party.