Philadelphia, PA - Burg’s Hideaway Lounge in Point Breeze is offering breezy new Spring drinks and food while expanding their dining experience to the outdoors. For anyone who wants to enjoy this interesting local bar and restaurant, there’s now even more seating availability. 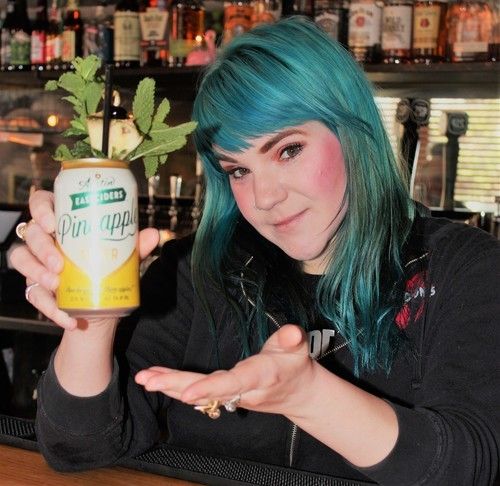 Burg’s Hideaway BartenderBurg’s owner, Ori Feibush, has brought this gentrified oasis to the region, along with many other venues in the Point Breeze and Graduate Hospital areas. Bringing in trendy and new concepts, and Burg’s Hideaway Lounge is one of them.

One local resident, Alissa Grazley told me, “I just moved to point breeze in March and we were like ‘Oh we should check out Burg’s and walk the extra 2 blocks!’ We fell in love with the place so we’ve been coming back when we go out. My favorite dish is the cold sesame noodles, it’s amazing!”

When you walk in, you immediately get the sense that locals frequent the bar, and everyone seems to know one another. As regulars sat down, they were immediately served their beverage of choice; no need to ask, the staff is friendly and remembers what they like. Even the name of this bar gives a recognition to what was previously located there; Burg’s Lounge.

Thomas Ryan, who is one of those locals told me, “The food is better here, and cheaper here. My favorite dish to eat is the Salmon.” Which when he had sat down next to me, the server knew immediately, asking him if he wanted the Miso Salmon or a Burger. 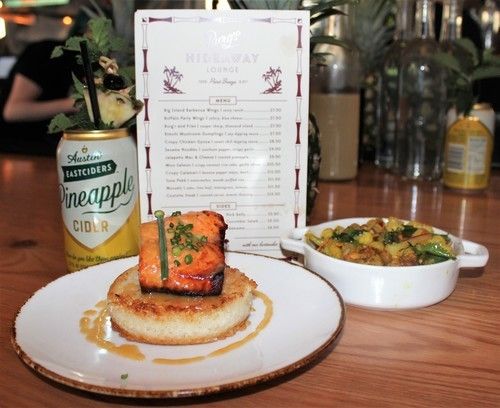 I had the same dish, and it was beautifully presented, seared on the edges and cooked to medium. The nice meaty taste of the Salmon paired well with the Miso glaze that had a hint of honey to bring a little sweetness to the dish. And sitting on top of a bed of toasted coconut rice cake, all of which was encircled by more of the miso glaze. I have to say, this was not what I expected of a small local Philly bar. I was impressed. 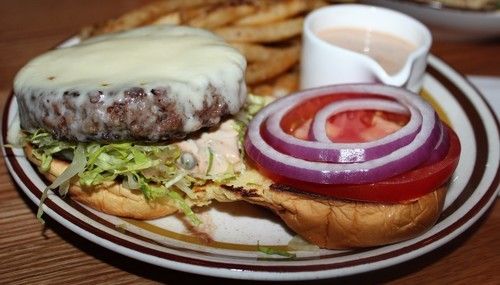 As a side dish, I chose Burg’s Hideaway Lounge’s Cauliflower. It was lightly curried, not overwhelming and I could taste the turmeric a small amount of pepper in it. In contrast the chef added raisons—building the overall flavors with a bit of sweetness to the mix. Then the nutty flavor at the end of each bite due to the peanuts rounded out the Cauliflower’s palatability. I enjoyed the play of all the different tasting notes. While I ate my meal, I enjoyed one of the 3 new Austin EastCiders that Burg’s Hideaway Lounge is adding to their drink options. 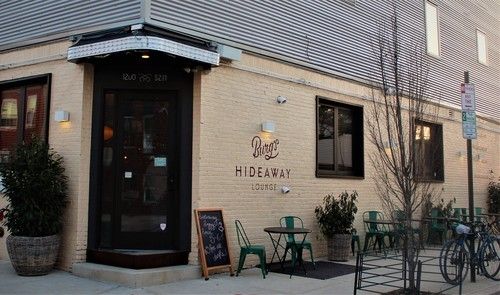 Those new drinks are being introduced to the Philadelphia area by Joanna Manzo and other representatives for Austin EastCiders. According to Joanna Manzo, “They launched Austin EastCiders in the Philadelphia Market in May of 2016. They have 6 different types of ciders, three of which we are carrying here (Burg’s) and we’re doing the canned cocktails for the summer season.” And when I asked if they will change the drink offerings based on the seasonal menu, Manzo replied, “In the Fall we will push over to our Texas Honey, Hopped, or our Original Dry.”

And I look forward to tasting the Fall AEC Cocktails, because the Mai Tai on the Fly was sumptuous. The natural sweetness of the Pineapple Cider made the drink easy to swallow. Before I knew it, I drank the whole cocktail, and I was ready to try another. I sipped next on their Grapefruit Cider. The grapefruit notes were obviously prevalent, but not overpoweringly tart. And there was still a sweetness to this Cider and I liked; it was just the right mix in between. And with Austin EastCiders cutting the caloric intake by nearly half of what the other competing ciders have, it made me feel less guilty for having another drink.