Philadelphia, PA - Kicking off the Halloween weekend in Philly, the 10th Annual East Passyunk Witch CRAFT Beer Crawl a gathering Witches and Warlocks alike to break out their broomsticks and take South Philly by storm. The event hosted by the Passyunk Business Improvement District and a great night out for supporting local businesses. This year's event is on: Wednesday, October 23, 2019, from 5:30 PM to 9:30 PM (EDT)

Victory brewing company and Troeg's brewing offered a taste of their many concoctions at 17 bars and restaurants along East Passyunk Avenue.  The Crawl began at a popular South Philly Garage bar and moved south along Passyunk Ave. Each stop having a different beer to try and their own special Halloween styled plate. My personal favorite was the pumpkin dumplings at Bing Bing Dim Sum, little pockets of pumpkin and pork sitting atop a pile of steamed greens paired with Troegs Solid Sender, a dry-hopped pale ale.

This spooky event lasted until 9 p,m unlike myself, who retired after the first couple of stops. You can find more events in South Philly like the one above at the East Passyunk website.

Witch CRAFT Beer Crawl is 21+ only. Please drink responsibly. East Passyunk Avenue is easily accessible by SEPTA via the Broad Street Line and several bus lines. Taxis are available on Broad Street, or bartenders can call one for you. 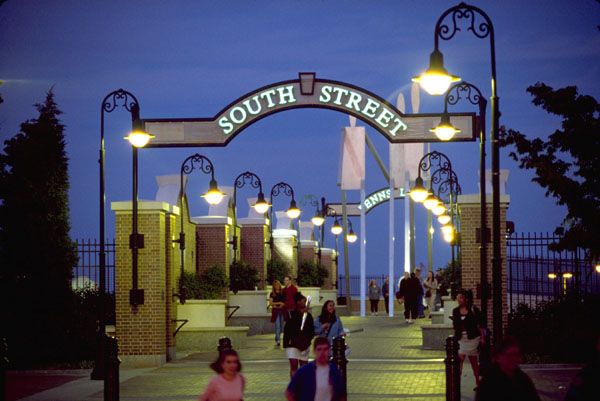 Philadelphia's South Street Guide - welcomes more than just hippies these days. Shoppers are searching for a statement-making look, visitors hungry for a real Philly cheesesteak, and music lovers who want to catch an up-and-coming band head to the storied boulevard. Ethnically diverse restaurants, bars that keep the party going long after dessert, and galleries and performance spaces help make South Street the place where everyone meets.