- A nation on the brink of war. A family on the edge of collapse. An army poised to strike, but unable to sail – unless their great general sacrifices his daughter. The PAC (The Sea Plays, Creditors) returns to the Fringe aboard the historic USS Olympia to present Euripides’ heartbreaking tragedy of human folly. 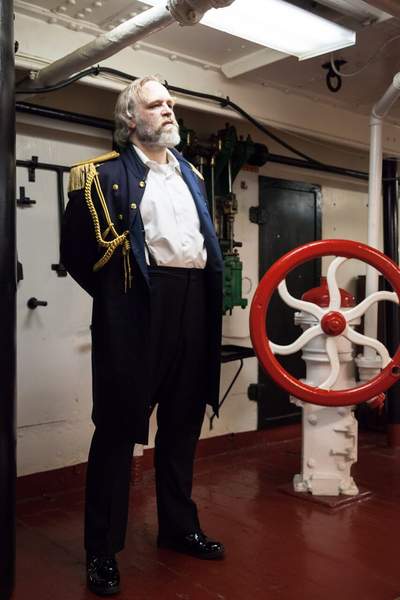 Iphigenia Nathan Foley returns to the Philadelphia FringeArts FEASTIVAL with Iphigenia at Aulis by Euripides from September 7-22, 2017. On board the USS Olympia (the oldest steel warship still afloat), PAC presents a tale that’s as intimate as a family drama with the implications of a world at war. The sacrifice of honor, of children, of marriage and of pride all come to bear in this tale of goddesses, warriors, families and loyalties. Brush up your Greek history as Agamemnon, Clytemnestra, Achilles and Artemis make their appearances known in this thrilling play dating back to 406 BC. Produced in collaboration with the Independence Seaport Museum on the Delaware Waterfront.

Previews run September 7th and 8th, with opening night on September 9th. The show runs for a total of 13 performances through September 22, 2017. All shows are at 8:00pm except Tuesday, September 12 at 7:00pm. Tickets are $25, or $20 for members of Independence Seaport Museum. Tickets are available by calling 215-413-9006 or visiting www.philartistscollective.org/iphigenia-at-aulis.html

Iphigenia in Aulis is the last of the extant works by the playwright Euripides. Written between 408, after Orestes, and 406 BC, the year of Euripides' death, the play was first produced the following year in a trilogy with The Bacchae and Alcmaeon in Corinth by his son or nephew, Euripides the Younger, and won the first place at the Athenian city Dionysia. 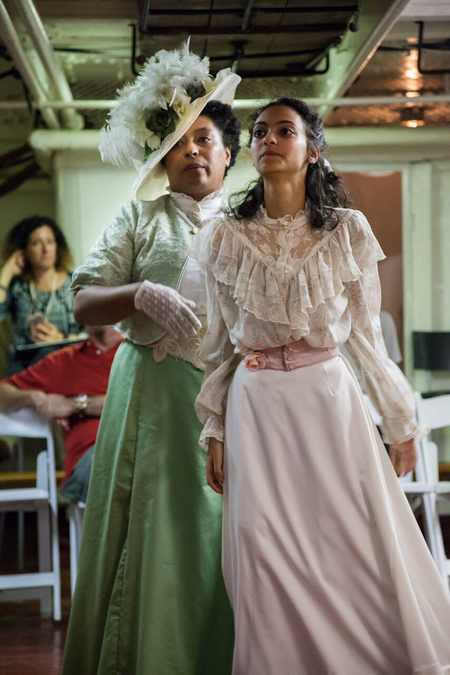 The plot revolves around Agamemnon, the leader of the Greek coalition before and during the Trojan War, and his decision to sacrifice his daughter, Iphigenia, to appease the goddess Artemis and allow his troops to set sail to preserve their honour in battle against Troy. The conflict between Agamemnon and Achilles over the fate of the young woman presages a similar conflict between the two at the beginning of the Iliad. In his depiction of the experiences of the main characters, Euripides frequently uses tragic irony for dramatic effect. 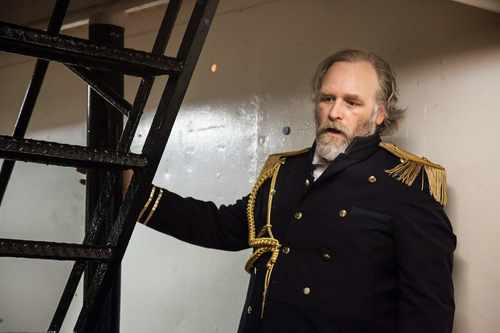 Aboard the Historic USS Olympia
Director Dan Hodge is a Philadelphia-based actor and director with a strong foundation in the classics, who has worked with many classical theatres across the country as an actor, director, and text/vocal coach. As a director for the PAC: Duchess of Malfi, Timon of Athens, Mary Stuart, and The Rape of Lucrece, his one-man adaptation of Shakespeare's epic poem. As an actor: Changes of Heart, Creditors, Fair Maid of the West. Dan holds an MFA in Acting from The Old Globe in San DIego, and his BFA in Acting from the University of Evansville. Barrymore awards: Outstanding Leading Actor in a Play (Around the World in 80 Days, 2011); Best Ensemble in a Play (Glengarry Glen Ross, 2007). James Whitmore Award for Excellence: Peterborough Players, 2002. Craig Noel Award for Professional Promise: Old Globe Theatre, 2005.

In a return to site-specific work (Creditors, The Sea Plays, The Captive), PAC presents Iphigenia at Aulis by Euripides on the USS Olympia docked next to the Independence Seaport Museum. The ship offers an intimate, up-close-and-personal space where the audience is part of the action and the ship becomes part of the narrative.

"We have a history of performing our Fringe pieces in historic locations around the city," said Hodge. "Iphigenia At Aulis has always been a favorite, and the Olympia felt like the perfect fit. We sat down for a meeting and immediately found a ready compatibility. The ship itself is like a character in the play and adds a whole new dimension to the production."

From the moment of her launching in 1892, Cruiser Olympia was a rare treasure in the U.S. naval fleet, as no sister ships were ever built. She is the world's oldest floating steel warship and the sole surviving naval ship of the Spanish-American War.

Iphigenia at Aulis by Euripides runs from Thursday, September 7 to Friday, September 22, 2017, with all performances at 8:00pm (except Tuesday, September 12 at 7:00pm). Tickets are on sale for $25 (or $20 to members of the Independence Seaport Museum) by calling 215-413-9006 or visiting www.philartistscollective.org/iphigenia-at-aulis.html . For more information, please like “Philadelphia Artists Collective” on Facebook and follow @philartsco on Twitter.