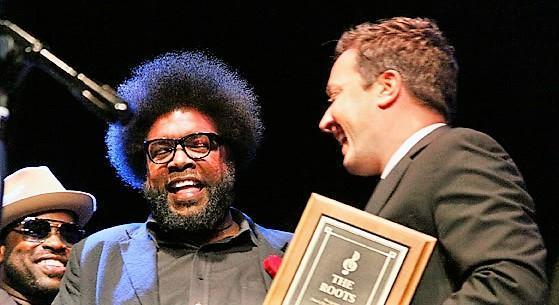 With more than 130 commemorative bronze plaques embedded along the Avenue of the Arts Street, the Walk of Fame is one of the defining features of the Philadelphia Music Alliance (PMA), the non-profit organization which was simultaneously recognized by City Council “for its promotion of the city’s unique and outstanding musical legacy.”

“This is a fantastic honor,” shared Councilman Kenyatta Johnson. “Not only for the Philadelphia Music Alliance, but for all of the region’s outstanding artists, writers, producers and music industry professionals whose accomplished bodies of work have been embraced by music fans around the world,”

“Proclaiming the Walk of Fame a Philadelphia landmark firmly positions it as the tourist destination it was always intended to be. The Walk has been steadily expanding for 31 years, and there ‘ain’t no stoppin’ us now!’ added Alan Rubens, Chairman of the PMA.

The timing couldn’t be better. Philadelphia City Council is recognizing the Walk of Fame just as the Philadelphia Music Alliance has begun accepting proposals to implement technology advancements that would bring the Walk to life as a tourist destination. This summer, the PMA will be announcing the next group of inductees to be honored as the Class of 2017 and celebrated at a star-studded Gala. Dizzy Gillespie, John Coltrane, Marian Anderson, and Dick Clark were among the first inductees in 1987 who contributed to the early significance of this Philadelphia landmark. And this month the PMA has expanded its Board by welcoming the additions of James J. Cuorato, president and CEO of the Independence Visitor Center Corp., and Joel Gibbs of Love the Arts in Philadelphia.

Last fall, the Philadelphia Music Alliance expanded its presence to Nashville as it oversaw the inductions of “Sound of Philadelphia” co-creator Thom Bell, the Sigma Sound Studio Rhythm Section, and Sigma Sound founder Joe Tarsia – all Walk of Fame honorees – into The Musicians Hall of Fame and Museum™ in a ceremony and all-star concert at the Historic Nashville Municipal Auditorium featuring Garth Brooks, Ricky Skaggs, Bruce Hornsby and Russell Thompkins JR & the New Stylistics.

The Resolution also notes that the Philadelphia Music Alliance was founded in 1986 as a joint venture between music executives and devoted citizens to promote Philadelphia’s “rich musical history” and preserve the city’s status as “one of the oldest and most distinguished musical capitals” in America, while simultaneously supporting its current music scene. The PMA shows its support through its dedication to the maintenance of music programs in schools and communities, through musical instrument donations, piano competitions, music education scholarships and grants, and more.

The Resolution quotes Tariq “Black Thought” Trotter of The Roots, whose acceptance speech at the 2015 induction Gala, as reported by Rolling Stone, underscored the significance of the Walk of Fame by saying: “What better place to be immortalized in that way than on Broad Street, Philadelphia's main artery. Our equator. Our Mason-Dixon Line, so to speak. It's from these streets that we came, and now back to these streets that we return."