Valley Forge Casino Resort  celebrates the best rock and pop from the 70s, 80s and 90s with four new shows at Valley Forge Music Fair. Get ready to travel back in time for your favorite hits starting with Barenaked Ladies on April 22nd, followed by rocker Eddie Money on May 12th, rounded out by rock-powerhouse Starship featuring Mickey Thomas on June 2nd, and finally, find out “Who’s Bad?” with a Michael Jackson tribute on June 16th. The Barenaked Ladies will be in the Event Center and start at 8:00pm, with doors opening at 7:00pm. Eddie Money, Starship with Mickey Thomas and Who’s Bad will take place at The Venue starting at 9:00pm, with doors opening at 8:00pm. Tickets for each concert are on sale now and available at Ticketmaster.com.

“Valley Forge Music Fair is a long-standing tradition that has roots dating back to 1955,” said VFCR CEO/President Eric Pearson. “Over the last few decades, the ongoing concert series has seen the biggest names in music and comedy grace the stage. These four new concerts will bring the music of four multi-platinum hit-makers to King of Prussia, while celebrating artists that influenced Valley Forge Music Fair in its early days.” 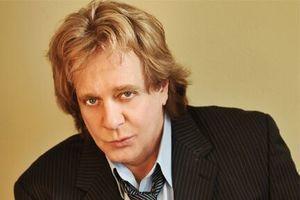 On Friday, May 12, 2017, New York cop turned rock and roller, Eddie Money will have you rocking like it’s 1985. After over 40 years in the music business, the rocker is still as busy as ever. These days, Money continues to delight old and new fans alike at venues throughout the country. Eddie Money performs with the same passion today as he did more than 30 years ago. Doors of The Venue open at 8:00pm and the show starts at 9:00pm. Ticket prices range from $45-$50 and are on sale now at Ticketmaster.com.

After signing a recording contract with Columbia Records, Eddie Money burst onto the scene with his self-titled debut album in 1977. Fans immediately fell in love with Money’s sound, and the album, which went double platinum, featured hits like “Baby Hold On” and “Two Tickets to Paradise.” Money followed the success of his debut album with a stream of Top 40 hits, as well as some of the era’s most creative videos for songs like “Think I’m in Love” and “Shakin.” In 1986, Money released Can’t Hold Back, which featured the classic, Grammy-Nominated duet with Ronnie Spector, “Take Me Home Tonight.” The song reached number 4 on the Billboard Hot 100. The album went platinum and also featured the hit “I Wanna Go Back.” For more info on Eddie Money, please visit http://www.eddiemoney.com/.

Starship featuring Mickey Thomas will bring their soulful and compelling brand of rock to Valley Forge Music Fair on Friday, June 2, 2017. Backed by the power of Mickey’s vocals, Jefferson Starship immediately scored a #1 hit with “Jane.” With this new sound and powerful new vocals, the group was renamed Starship and continued to record an amazing string of hits and even grabbed an Oscar Nomination for the #1 hit “Nothing Gonna Stop Us Now” from the movie “Mannequin.” Don’t miss your chance to rock out with Starship. Doors of The Venue open at 8:00pm and the show starts at 9:00pm. Ticket prices range from $30-150 and are on sale now at Ticketmaster.com.

In 1985, Starship released the album that would come to define the eighties, Knee Deep in the Hoopla. Featuring two #1 hits – “We Built this City” and “Sara” – the album reached #7 on the Billboard charts and went platinum. As Starship continued to reach the top of the charts, MTV infiltrated pop culture and the band released videos for many of their hits that are still popular today. Starship’s music is featured in the soundtracks for “Rock of Ages,” “Guardians of the Galaxy,” “Skeleton Twins,” and most recently on the popular TV series “Glee”. For more info on Starship featuring Mickey Thomas, visit http://www.starshipcontrol.com/. 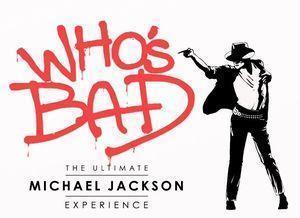 Who's Bad takes to the Music Fair stage on Friday, June 16, 2017. Who's Bad's live performance is an unrivaled celebration of the King of Pop. Their power-packed performance of Michael Jackson's expansive catalog has ignited crowds on every continent and can only be described as a jaw-dropping, musical must-see. Whether you idolized the Jackson 5, fell in love to Human Nature, or learned to moonwalk to Billie Jean, Who's Bad is THE ULTIMATE music-and-dance driven Michael Jackson homage. This show is a must see tribute for any Michael Jackson fan. Doors of The Venue open at 8:00pm and the show starts at 9:00pm. Ticket prices range from $25-$90 and are on sale now at Ticketmaster.com.

Who’s Bad has earned its name by paying studious attention to Michael Jackson’s every original groove and gravity-defying dance move, boasting over 100 years of professional experience and a team of dancers with resumes that include Broadway productions such as Phantom of the Opera. Vamsi Tadepalli (Who’s Bad founder, composer, and saxophonist) assembled a cast of North Carolina’s premiere musicians and, from Who’s Bad’s inception, believed in the band’s boundless possibilities. The velvety vocals and pinpoint choreography of frontmen Joseph Bell and James Times’s combined with the six-piece band’s synchronized dance routines, blaring horns and down-deep rhythms, results in a performance delivered with soul and precision superseded by no one but the King himself. They’ve shared stages with the Queen of Soul, Aretha Franklin, The Backstreet Boys, The Four Tops, Boys II Men, and hip hop superstar, Pitbull. For more info on Who’s Bad, visit http://www.whosbadmusic.com/.