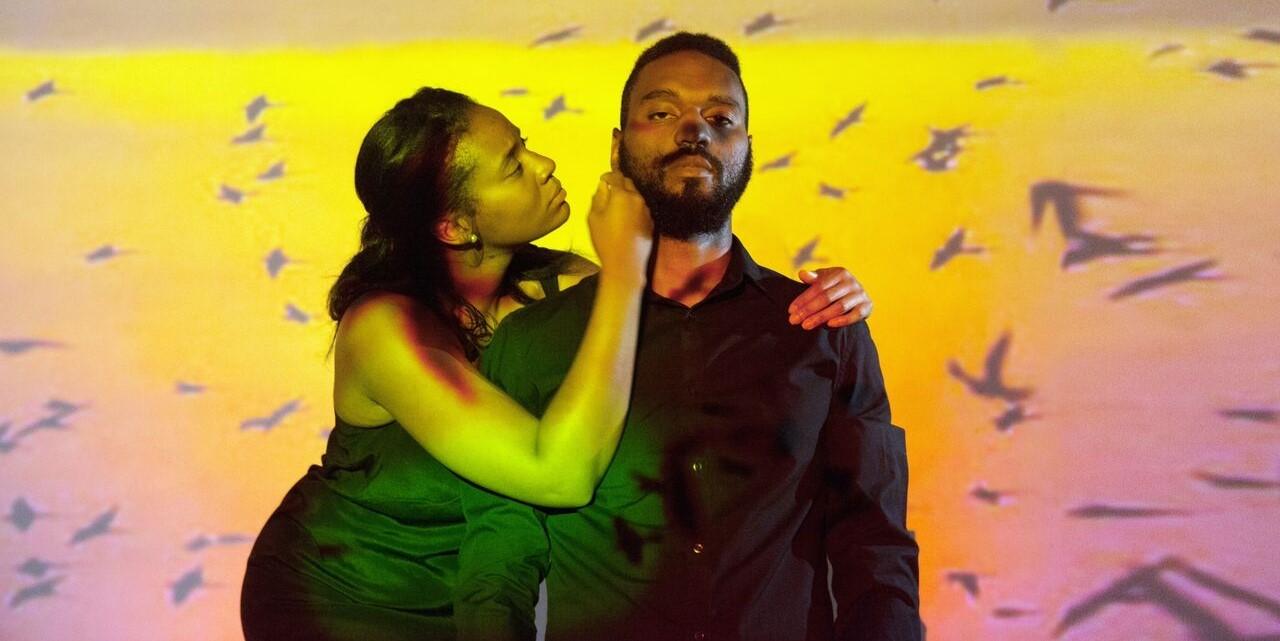 “Leave to remain” is the inadvertently ironic term for the status of being allowed residency in the UK (for both asylum seekers and general immigrants). It is not permanent, though, and can come up for review. Liverpool has been home to Canaan and his young son for 5 years after fleeing Robert Mugabe’s brutal regime in Zimbabwe. They could now lose asylum as the choices Canaan made to stay alive are thrown up into the harsh light of interrogation. Tasked with the bureaucratic load of renewal paperwork, new caseworker Martha begins to piece together Canaan’s political activities in Africa and finds hints that he may have been not just victim but also perpetrator of violence in his efforts to navigate Zimbabwe’s horrific no-win political landscape. Was he an activist in the Movement for Democratic Change? Or was he a government CIO agent tracking and torturing dissidents? What do we expect to hear from a man trying to save his own life?

As she sits as judge and jury of Canaan’s reality, Martha struggles with a damning truth within her own family, her brother’s seeming involvement in a terrible crime. This professional’s mandate to find and invest in the truth becomes a shackle as she confronts truth’s ever-shifting form. Government reports cannot encompass the complexity of a refugee’s life or journey to safety, but the magical stories of Zimbabwe that infuse The Swallowing Dark hint at a truth just out of reach.

Inis Nua’s Literary Manager and Associate Director Claire Moyer is directing The Swallowing Dark and was drawn to the playwright’s style: “The Swallowing Dark stood out to me as Nunnery’s writing is shaped by poetry, folklore and the vague images at the edges of our memory—but it’s simultaneously tackling a very modern and relevant political issue.” In curating our Reading Series: Immigration Stories last season, Claire found that the changing face of Britain is increasingly reflected in new work from the U.K. Some playwrights use immigration in a matter of fact or humorous way, as Alan Harris does in our winter offering Love, Lies and Taxidermy. Lizzie Nunnery, however, is taking dead aim at the contradictions and hypocrisy of immigration, asylum and the reality of refugee admissions.

The Swallowing Dark stars Walter DeShields (Co-Founder and Associate Artistic Director of Theatre in the X) and Jessica Johnson (Gumshoe [New Paradise Laboratories], The Legend of Georgia McBride [Arden Theatre Company]) and takes us from a dreary Liverpool office to the streets of Harare. Longtime Inis Nua collaborator Meghan Jones will handle the set design, and Avista Custom Theatrical Services provides the props. Sound design is by Elizabeth Atkinson with lighting design handled by Amanda Jensen—they both set the scene for Radiant Vermin. Swallow’s costume designer Natalia de la Tor is back for this production, as well as Inis Nua veteran technical director Joe Daniels (Leper + Chip). Another Inis Nua veteran, Lauren Tracy, is back as production manager with newcomer Alex Donnelly as stage manager.