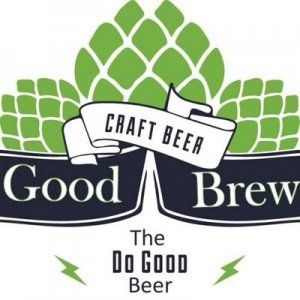 Do Good Brewing Company was first conceived by born and raised Philadelphia Resident Thomas Sheridan. After a couple years of home-brewing, Tom quickly discovered he had fallen in love with the art of brewing and decided he wanted to turn his passion into a business.

After a long night at the Port Richmond establishment Tacconelli’s in early 2013, the concept was born. Tom decided the brewery would be named Do Good Brewing Company which pays homage to Benjamin Franklin’s pen name Silence DoGood as well as the philanthropic approach the brewery would adhere to. As a fellow member of the Freemasons, this made perfect sense to Tom. Not only was Benjamin Franklin a Freemasons and Philadelphia resident but the Freemason donate over 1 Million Dollars a day to charitable causes in PA alone.

Every beer Do Good Brewing produces will be attached a specific charitable cause. A percentage of proceeds from the sale of that beer will go to it’s respective charity. This is not a gimmick or side event for Do Good Brewing but rather it is at the center of our mission statement and company Mantra “Good Beer Doing Good”