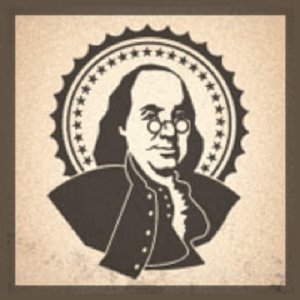 Saint Benjamin Brewing Company is a 3 barrel nanobrewery operating in Kensington, Philadelphia. The brewery is located in the historic carriage house and stables of the defunct Theo Finkenauer Brewery.Brewers Tim Patton and Christina Burris interpret classic styles and design new creations such as the India Cream Ale and Lavender Saison.

The name “Saint Benjamin” is a reference to founding father Benjamin Franklin. The idea for this brewery was devised in founder Tim Patton’s 190 year old home and former firehouse in Philadelphia. The founder of the city’s fire companies, Franklin was also an avid home brewer.