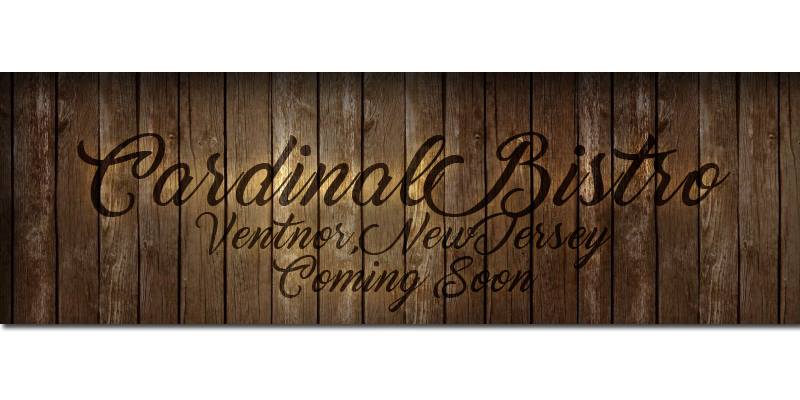 Ventnor City, NJ - A Philly-style BYOB named, Cardinal Bistro is opening this summer as a contemporary American dinning establishment and featuring local, seasonal ingredients. The restaurant will be located at 6525 Ventnor Ave, Ventnor City, NJ. The bistro is hoping to be open by the end of June, with outdoor setting and a 10 seat chef's table.

From Kickstart: "Cardinal Bistro will feature artisan crafted sandwiches and salads during the lunch hours to be enjoyed at the beautiful restaurant or at the beach only steps away. Dinner service will encapsulate all the feels of Fine Dinning through our amazing service only to accompany the amazing quality of the cuisine. Our "homey" atmosphere will make any guest instantly feel welcome and lead to an amazing experience."

Cardinal Bistro is the brain child of a father and son team, led by the son Micheal Brennan, a chef in his 20's. The menu will showcase beautiful produce and local seafood such as Brennan's own version of ciopinno an Italian-American seafood stew, spiced with a chili-spiked tomato broth. While renovations are still occurring the team hope to open to the public in late June.

Drifters Philly is Offering FREE FRIES with every order on "Opening Day" or mention "Go Temple", "Go Eagles" or "Go Union" all weekend!
Click to Order