Philadelphia, PA. - Last night we stopped by Cook and Twenty Manning Grill to attend  The 7th Annual Audi FEASTIVAL in Philadelphia preview and Patron Party. Some of the featured chefs from the event prepared light bites of dishes that will be served at the event as well as spoke about their past experiences with Feastival and supporting FringeArts. 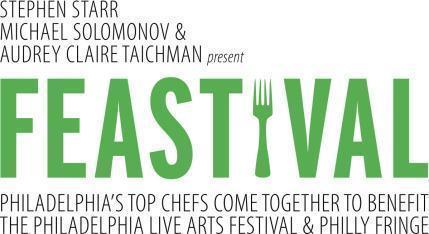 Tickets are now on sale, and get them soon to take advantage of the earlybird 25% off discount for purchases before August 18, bringing ticket price to $225. Each Feastival ticket buyer will also receive a FringeArts membership for the 2016-2017 season as well as a membership to the 2017 Fringe Festival.

Feastival is co-hosted by Stephen Starr, Audrey ClaireTaichman and Mike Solomonov, will be held on Thursday, September 29, 2016 from 7:00-10:00 PM at FringeArts (140 N. Columbus Blvd., Philadelphia, PA 19106). The 2016 Audi FEASTIVAL is presented by Philadelphia Magazine/Foobooz, PECO, and Rivers Casino Casino, and will feature Skyy Vodka as the Official Spirit of the evening. 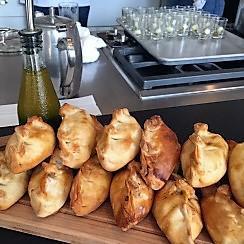 We then spent a few hours at Twenty Manning Grill for the Patron Party where a beautiful cheese and charcuterie display was offered to guests as well as passed appetizers like Fish and Chips, Baked Clams, Lamb Lollipops, and Lobster Rolls.

We cannot wait for September 29th. This year Feastival will include tastes from over 70 of the city’s best restaurants and bars, access to stunning performances throughout the night, and opportunities to bid on packages in a robust silent auction. Participating restaurants include HighStreet on Market, Hungry Pigeon, Vernick, V Street, Zahav and many others. The current restaurant list can be viewed online. 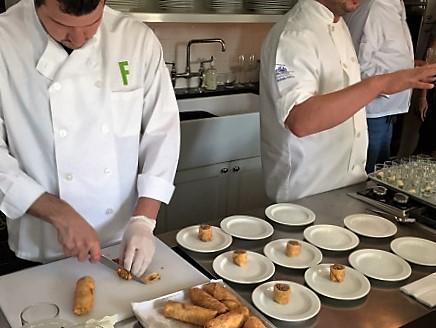 What might be the best part is that proceeds from Feastival support FringeArts and the Philadelphia Fringe Festival. FringeArts presents the world’s most cutting-edge, high-quality artists, amplifying the vibrancy of Philadelphia as a cultural destination and an unparalleled place to live, work, and visit. 2016 marks the 20th anniversary of the annual Philadelphia Fringe Festival, a citywide exposition of the provocative work FringeArts presents year-round. The annual festival serves as a platform for local, national and international artists of all disciplines and levels of achievement. The 2016 Fringe Festival will take place throughout Philadelphia from September 9-24, 2016. For more information and to purchase tickets to all shows, visit http://www.fringearts.com. 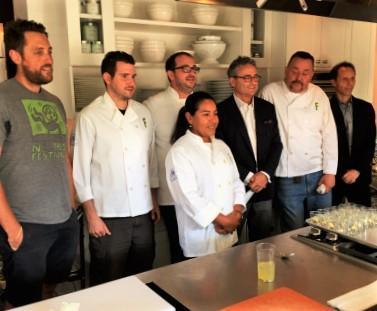